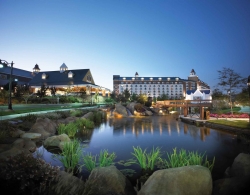 San Diego Sheriff Lt. Walker confirmed that the child was breathing when deputies arrived. As a precaution, the child was taken to the hospital.

The child was with her parents when the accident occurred. Asked if a lifeguard was on duty, the Barona source indicated that a pool attendant was on duty, however Barona, like many resorts in San Diego, does not have a lifeguard.