January 23, 2020 (San Diego) – A new coronavirus first identified in December in Wuhan, China, a city of 11 million people, is rapidly spreading across the globe, including the first U.S. case diagnosed in a traveler in Washington state this week.

China has shut down travel including planes, trains, buses and ferries among several major cities including Beijing and Wuhan, attempting to quarantine 25 million people, the Washington Post reports.

Guan Yi, a virologist who helped identify the sever acute respiratory syndrome (SARS) outbreak in 2003, says the epidemic of this newly discovered virus could be 10 times bigger than the SARS outbreak. Comparing it to past outbreaks of other viruses, Guan said that “this time, I’m petrified,” the Washington Post reports.

In the U.S., all flights from Wuhan are being routed through five airports in Los Angeles, San Francisco, New York, Chicago and Atlanta, where all passengers are being screened for the disease.

The timing could hardly be worse; the Lunar New Year holiday, a week-long celebration when millions of Chinese travel to their hometowns in what the Washington Post reports is the biggest human migration on the planet, begins this Saturday, January 25. 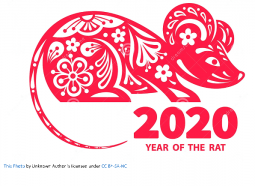 he Chinese government has cancelled Lunar New Year celebrations and large public gatherings in 2020, the Year of the Rat. Besides Wuhan, the cities of Huanggang and Ezhou are on lockdown with anyone inside the city forbidden to leave, though news report indicate some have defied the ban. The Forbidden City, the ancient imperial palace in Beijing, has shut its doors temporarily due to the outbreak. In Wuhan, Olympic qualifying matches have been moved elsewhere and school classes have been delayed.

The government of Macao, after a case was diagnosed there, reported it may close down casinos in a gambling district seven times bigger than that of Las Vegas.

The World Health Organization (WHO) reports 25% are severe cases. The mortality or death rate currently is 3%, primarily among older people, but medical experts warn it is too early to predict the percentage of cases that will result in fatalities. There is no cure or vaccine currently, though the Moderna company has announced it received a grant to start developing a vaccine, a process that will not come quickly enough to r control the current outbreak.

The first cases were among people who visited the Hua Nan Seafood Market in Wuhan, but new cases have been diagnosed in people who never went to the market. Though the virus is believed to have originated in animals, possibly snakes, health experts now believe it is being transmitted from person to person via sneezing, coughing, or touching surfaces contaminated with the virus.

The World Health Organization stopped short of declaring a global emergency, saying it’s too early, though the situation in China is considered an epidemic.

Another worry is that Communist Chinese officials, under criticism and with the economy threatened by the outbreak of a dangerous new disease, have begun censoring negative news about the epidemic. Several posts have been deleted, including one by Wuhan Railway stating that 300,000 people traveled by train out of Wuhan on Wednesday across China and another by the Wuhan Health Commission on its struggle to contain the outbreak. Another post reporting a shortage of masks in the Wuhan province was also reportedly deleted.

The CDC is asking doctors to watch for patients who recently traveled to or near Wuhan and have a fever, cough and difficulty breathing. Other symptoms including runny nose and headache. Anyone who is ill after traveling to the Wuhan area or coming in contact with someone who did should contact a health care provider.

Cases of the Wuhan coronavirus can only be diagnosed with lab testing. Incubation can take up to two weeks after exposure before symptoms occur.

The first confirmed U.S. case is in a man in his 30s who returned from Wuhan, China. He is currently hospitalized in a containment unit at Providence Regional Medical Center in Everett, Washington and is in stable condition. Around 16 people he had contact with are being monitored, Washington-area media reports.

In Brazos County, Texas, where Texas A&M  University is located, health officials report a potential case of the new virus in a patient who traveled from Wuhan.

To reduce your risk of catching this or other viruses, wash hands frequently. If ill, cover your mouth when coughing and stay home to avoid contaminating others.  Wearing a mask may reduce your risk of contagion, though it’s not yet certain how effective masks are with this emerging contagion.