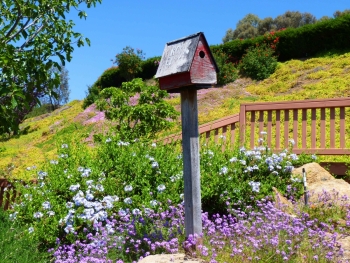 December 30, 2015 (Alpine) –After 19 years of working to create gardens friendly to birds, butterflies and other creatures, the nonprofit Center to Instill Respect and Preservation for Garden Wildlife, or CHIRP, is coming to an end.

The board of directors voted in November to dissolve the nonprofit after financial challenges, as many nonprofits have faced in recent tough times.  “I feel it is time for me, the founder and executive director, to move on,” Maureen Austin wrote in a letter published on the Alpine Community Network.

CHIRP, a garden club known for organizing the popular Sage & Songbirds garden tour each year, gained national fame for Alpine after helping the community become first in the nation to receive a Community Wildlife Habitat designation from the National Wildlife Federation.  Austin voiced hope that Alpine will continue to nurture habitats for wildlife to retain the designation, adding that she will happily help transfer NWF’s annual status report to another organization or individual. 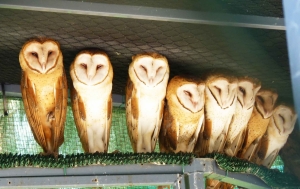 In addition,  a favorite stop on the tour featured a birds of prey rehabilitation facility, giving guests an up-close look at hawks, owls and eagles. Most recently, CHIRP raised $24,268 for landscaping improvements along Alpine Boulevard.

If anyone is interested in reestablishing a garden club for Alpine, you can contact Babs Rosenberg, babra.rosenberg@gmail.com 619-822-6900, or reach out to Hilde Hinchcliff at hildehinch@att.net or 619-659-8707.

Austin and her husband have sold their home in Alpine and will be moving to La Quinta, California, where they purchased a home and a vacation rental property in the historic and scenic area near their new grandson and his parents.

“We have many wonderful memories of our time in Alpine,”  concludes Austin, who encourages friends to come visit. She can be reached at maureen@chirp.org.

You can view our past coverage of a Sage & Songbirds garden tour at http://www.eastcountymagazine.org/16th-annual-sage-and-songbirds-garden-tour-and-festival-draws-crowd.