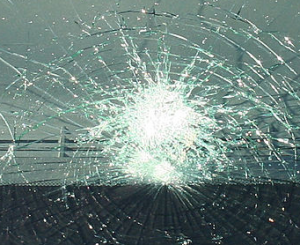 August 31, 2021 (San Diego) – The California Highway Patrol is asking for witnesses to two freeway shootings early this morning by a shooter in a black four-door sedan who remains at large. The shootings injured two motorists.

The first shooting occurred around 2:14 a.m. on north I-805 in Imperial Avenue; the second occurred about 11 minutes later on east State Route 94 east of College Grove Way near Lemon Grove.

Below are details provided by the CHP:

On August 31st, 2021, at approximately 2:14 a.m., the California Highway Patrol (CHP) received a report of a freeway shooting that occurred on northbound I-805 south of Imperial Avenue.  The victim reported being shot and had pulled over to the right shoulder.  The victim described the suspect vehicle as a black four-door sedan.

Shortly after the first shooting, at approximately 2:25 a.m., a second shooting occurred on eastbound State Route 94, east of College Grove Way.  The victim had pulled to the right shoulder and called 9-1-1.  The victim described the suspect vehicle as a black four-door sedan similar to a Nissan Altima or Maxima.

The victims of both incidents were transported to local hospitals for treatment of their injuries and are expected to recover.

The CHP is investigating both incidents and any possible connections. Anyone with information or who may have witnessed the shootings, please contact CHP Investigator Sergeant Newton at (619) 302-4485 or Officer Arturo Berain at (619) 572-6953.