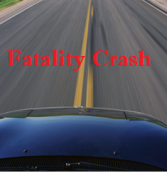 July 16, 2012 (Escondido) – The California Highway Patrol is seeking witnesses to a deadly collision  that resulted in the deaths of two 10-year-old boys and injury to several other people.  The accident occurred on July 15 at 2:28 p.m. on southbound I-15, north of Deer Springs Road.

The young victims, Xevier Ruffin and Latrelle Pearson, were ejected from the rear seat of a Dodge Caravan which rolled over multiple times after colliding with a Scion TC.

According to the CHP, both vehicles were traveling southbound at 70 to 75 mph when the collision occurred; the cause is unknown.  After the collision, both drivers lost control.  Lisa Welhus, 24, of Temecula was driving the Scion, which spun around and came to rest facing south; she then drove it to the center media.

The Dodge Caravan, driven by Roy Ruffin, 52, of San Diego, spun toward the median, overturned and ejected one of the boys who was not wearing a seatbelt and partially ejected the second boy, who did have his seatbelt fastened.  The van continued to overturn, crossing the center median and coming to rest on its wheels, facing northeast.

Five occupants of the Dodge Caravan were transported to hospitals with injuries. Welhus, driver of the Scion, was not injured.