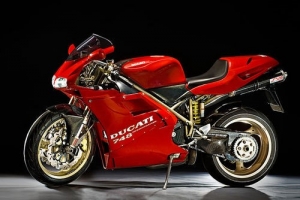 May 29, 2015 (National City) -- Darla Renee Jackson, 25, has been arrested and charged with murder.  She is accused of intentionally ramming and running over a motorcyclist on State Route 54 on Thursday evening, May 28th after an altercation with him earlier on I-5.

According to the CHP, Jackson was driving her gray Nissan Altima on I-5 northbound near E Street when she became involved in a road rage incident with the victim, a 39-year-old man on a red Ducati motorcycle.  Both vehicles drove onto State Route 54, heading east.

After passing the National City Boulevard exit, Jackson struck the motorcycle from behind and ran him over, killing him, CHP reports.

If you witnessed anything involving theses two vehicles, please contact investigator B. Clinkscales at (619) 220-5492.