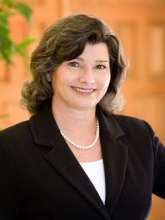 Christine Rubin – “Public service is ingrained in me.”

“What motivated me to run was my experience, both as a small businesswoman and in Sacramento with the Scharzenegger administration, and as district director for State Senator Mark Wyland,” Rubin, a Republican, says. “I saw our liberties just falling apart.” She also managed John McCain’s California office during his 2000 presidential campaign and served as southern California communications director for McCain-Palin in 2008. She has had prominent roles in other campaigns including Bill Jones’ gubernatorial bid.
Governor Arnold Scharzenegger appointed Rubin to serve as Deputy Secretary of California’s State and Consumer Services Agency.” There she was responsible for developing strategies and programs highlighting the work of 16 departments and boards, gaining insight into “the grease that runs California.” Rubin argues that among the candidates vying for the 77th Assembly seat, she is the only one with first-hand insights into the running of California’s state government. “We saw this dwindling revenue source and also saw how legislators tied the hands of the executive brand,” she recalls. 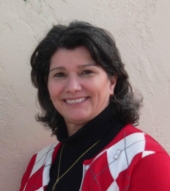 “The whole concept of public service is ingrained in me because I’m a farm girl,” Rubin says. “We always grew food for everyone else…I am serving a cause greater than my own self interest. I come from a military family.” She and her husband, a Navy veteran, own a defense contracting business. He is currently serving in Afghanistan as a civilian; their son is a Naval Academy graduate currently on active duty. “I’m a Navy wife; we didn’t wear the uniform—we just washed it,” she quips.
Rubin holds a masters degree in communications from San Diego State University (SDSU). She’s worked as a speech writer and communications professional for 25 years and currently teaches public speaking at the Marine Corps Air Station in Miramar.
“California is having a heart attack and we’re trying to solve a sore arm,” she says. “The budget is a symptom of a bigger problem. We’ve lost the ability to allow small businesses to grow and prosper in California.” She calls for reducing regulations that drive businesses to move out of state. “We’re not losing companies to India and China. We’re losing them to Nevada and Arizona.” She also calls for repeal of AB 32, California’s cap and trade initiative.
Her energy policy would include incentives to encourage new technologies such as thin solar shingles, conservation, and local power generation. “If you have an earthquake or fire, you’ve got to have local generation capability,” she said, citing a recent incident where 150,000 homes lost power due to SDG&E having multiple power plants off line at the same time. She supports renewable energy, but is skeptical of wind turbines. “I saw one on fire,” she says, adding that she called 911 and the operator indicated there had been numerous fires at the facility. Rubin also supports offshore drilling , improved fuel efficiencies and drives a car that runs on natural gas. “There is no reason why a car that gets 55 mph has to be a sardine can,” she said, adding that her tall husband can’t fit comfortably in a Prius. “Our school buses and trash trucks are CNG, yet the automobile industry has turned its back and all gone to hybrids.”
Rubin, whose own children attended private schools, believes control of public education budgets needs to be returned to local school districts. She is critical of the state’s Average Daily Attendance system which reduces funds if students are absent due to illness. “You don’t pay the teacher less. You can’t give a book back; your utility costs are set,” she said. She also objects to mandates giving teachers lay-off notices in spring for the fall semester when schools don’t receive budgets until June. “Teachers need to know,” she said.
The 2003 Cedar Fire nearly claimed Rubin’s home in Scripps Ranch. “The sky turned orange. I looked out the window and saw flames 40 feet high and moving at 40 miles per hour,” she recalled, adding that her home sustained $20,000 in damage. As a fire survivor, she supports “ending turf wars between Cal Fire, the military and County jurisdictions” to improve firefighting capacity. She also sees a need for more balance between protecting people and structures vs. protecting wildlife and open space, including removing impediments to adequate brush clearing in the back country to protect communities throughout the region from fast-moving fires. “The problems that are facing the 77th and my ability to represent them does not stop at city limits,” Rubin noted. “If I have a brush management issue at Ramona or Lakeside and I know it will hit Miramar Air Station, I will fight because I get it.”
On healthcare, Rubin wants to move away from tying healthcare to employment. She notes that 10% of Californians are out of work. “You can’t buy individual health insurance without wages and yet we still tie that model to employment.” She acknowledges problems in our healthcare system with rising costs and insurers denying care after people get sick, noting that her son’s asthma prescription was not covered. She called for tort reform, making insurance portable and interstate so consumers could shop around. She also supports encouraging prevention. “A lot of our healthcare costs are because of preventable diseases and conditions,” she observed. Rubin would like to see more physical education in schools and teaching kids how to prepare healthy foods.
Rubin, a Catholic, is conservative on social issues. She opposes gay marriage and civil unions. She is pro life and opposes abortion even in cases of rape, incest, or when a mother’s life is at risk (except for ectopic pregnancies in which an egg implants in the Fallopian tube, not the womb.)
If elected, she plans to work on strengthening laws to protect children from sexual predators. “I would introduce legislation to require registered sex offenders to have an identifying mark on their driver’s licenses,” she revealed. “We’ve got to give law enforcement the tools to protect the public.”
Rubin has been endorsed by numerous public officials including Senator Mark Wyland, former Secretary of State Bill Jones, Grossmont Union High School Board member Priscilla Schreiber, La Mesa Mayor Art Madrid (who also endorsed Wells), and former Assemblywoman Sharon Runner, author of Jessica’s law.
In the June primary, she squares off against Santee Vice Mayor Brian Jones and El Cajon Mayor Pro Tem Bill Wells. The winner will run against Democrat Mark Hanson, an educator, businessman and nonprofit leader, in November. (Watch for profiles of the other candidates coming soon.) But Rubin is undaunted by the challenge.
“I’ve got signs out. I’m walking precincts,” she concludes. “I am not doing this for a civics lesson. I am in this to win.”

For more information on Rubin's campaign, visit her website at http://christineforassembly.com/home/index.cfm.