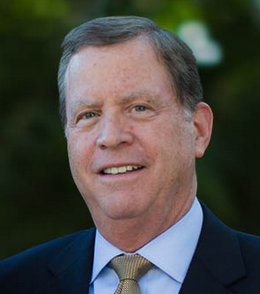 “This is the most significant labor trafficking prosecution in this district in many years.” – Robert Brewer, U.S. Attorney, Southern District of California in San Diego (photo, left)

September 11, 2019 (San Diego) --  A dozen leaders of Imperial Valley Ministries, including the former pastor, are charged with subjecting dozens of mostly homeless people to forced labor, an indictment unsealed today reveals. Victims in San Diego and Imperial Counties were coerced to surrender welfare benefits and compelled to panhandle up to nine hours a day, six days a week, for the financial benefit of the church leaders, prosecutors allege.

“The indictment alleges an appalling abuse of power by church officials who preyed on vulnerable homeless people with promises of a warm bed and meals,” said U.S. Attorney Robert Brewer. “These victims were held captive, stripped of their humble financial means, their identification, their freedom and their dignity.”

Imperial Valley Ministries, or IVM, operates a non-denominational church headquartered in El Centro, and has opened approximately 30 affiliate churches throughout the United States and Mexico, including locations in Los Angeles, Santa Ana and San Jose in California; in Las Vegas, Nevada; Phoenix, Arizona; and Brownsville, Texas. IVM’s stated purpose is to “restore” drug addicts at faith-based rehabilitation group homes and raise money to open churches in other cities to do the same.

In addition to the church and main office, IVM owned and operated three group homes the El Centro area, plus one in Calexico and one in Chula Vista. Many victims were recruited from outside of El Centro, including San Diego, and as far away as Texas. IVM leaders allegedly induced many to participate with offers of free food and shelter with the false promise that victims would be provided with resources to eventually return home.

According to the indictment, defendants checked in the victims at the IVM group homes, where they were required to sign agreements to adhere to rules. Many victims, including many who did not require drug rehabilitation services, claimed they were later held at IVM properties against their will.

The indictment alleges that church leaders locked victims inside group homes with deadbolt locks; confiscated identification documents such as driver’s licenses, passports, immigration papers and identification cards, in order to prevent victims from escaping; stole victims’ welfare benefits; and required adherence to rules such as, “you are not to discuss things of the world” and “the only thing to be read is the holy Bible” and “if any of the rules are broken there will be discipline.”

Windows were nailed shut at some group home locations, leading a desperate 17-year-old victim to break a window, escape, and run to a neighboring property to call police. The teen was brought to the El Centro Medical Center for cuts sustained from the escape.

Defendants are alleged to have extorted the surrender of participants’ Electronic Benefits Transfer (EBT) cards obtained through the Supplemental Nutrition Assistance Program (SNAP), administered by the CalFresh Program, by using actual and threatened fear of economic loss. The IVM leaders allegedly then used the SNAP benefits for improper purposes, including providing them to ineligible persons, and improperly instructing the intended recipients to not seek or accept outside employment.

Leaders of IVM, including former Pastor Victor Gonzalez, refused to return the confiscated EBT cards and personal property to participants who asked to leave. IVM members also allegedly used various means to coerce participants to stay and continue panhandling for IVM’s financial benefit by saying their children would be taken away if they left, that they would not receive transportation home, or that loved ones had rejected them and they must stay because “only God” loved them. Punishments for violations of home rules, including talking about the outside world, allegedly included the withholding of food.

In another instance, church leaders allegedly refused to allow a diabetic victim to obtain medicine, medical supplies and even food in response to low blood sugar. She was able to escape and get help.

All of the identified victims are now free. Victim specialists have been on standby to provide immediate assistance to any additional victims we find in order to provide them with shelter, transportation or any necessary support services.

“This is the most significant labor trafficking prosecution in this district in many years,” Brewer said. “These cases are few and far between because many victims live in captivity and fear, powerless to report the crimes against them. My office wants victims to know that we are here to help you.”