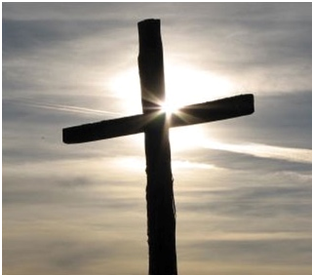 Some churches have shifted to online worship services, services broadcast over TV or radio,  or outdoor services including drive-up versions. But others are planning returns to indoor services for their parishioners despite health risks, state and local bans.

On the reopening website for Skyline Church, parishioners are encouraged to RSVP for Sunday services at the megachurch’s facilities in Rancho San Diego and Lakeside.  The website makes clear that the services will not be outdoors (which is allowed) but instead will be indoors:  “Due to the attendance limitations and in an effort to create a safe, clean, and healthy worship environment, we will be limiting the number of people allowed in the main auditoriums.  Fortunately, we will also be opening the Chapel and Gym at the Rancho Campus for overflow, allowing more of our church family to gather on our campus.”  Sunday school classes for children will not be held.

ABC 10 News reports that the Awaken Church in Kearny Mesa has promoted in-person women’s prayer meetings at all of its locations. A disclaimer on the door at the Balboa location warned parishioners,” By entering this building where COVID-19 virus may possibly exist, despite efforts and attempts at utilizing and employing CDC Public Health Guidelines, you take full responsibility for the decision to attend our services and activities.”  When contacted by 10 News,  an Awaken pastor claimed the prayer meeting was a prayer “protest.”  However indoor protests are also banned under Governor Gavin Newsom’s order.

Lighthouse Baptist Church in Lemon Grove has also posted on Facebook indicating it will be resuming live services, but has not returned calls from ECM news partner 10 News to confirm whether those will be indoors or outdoors.

It remains to be seen how many parishioners will actually flock to attend illegal indoor services amid the pandemic. One Skyline Church parishioner, a senior with a heart condtiion, told ECM, "I woulldn't go anywhere near a church right now, until there's a vaccine."

Enforcement of county and state bans on illicit indoor services is up to the Sheriff in unincorporated areas and in Lemon Grove, which contracts with the Sheriff’s department. In incorporated cities, enforcement would be up to each city’s police department.

Sheriff Bill Gore has previously enforced the health orders against other local churches that held services during an earlier shutdown.  One local church, the South Bay United Pentacostal Church, filed a lawsuit claiming the ban was unconstitutional. But the U.S. Supreme Court ruled 5-4 that restricting worship services during a pandemic is legal.

Despite that ruling, now three Northern California churches have filed a lawsuit seeking to overturn the state’s ban on singing and chanting during services, the Hill reports. The suit contends that the ban violates the First Amendment freedom of religion.

The health concern over services becoming super-spreader events is real.  Over 450 cases of COVID-19 have been tied to churches or other religious institutions in the U.S. since the start of the pandemic, the New York Times recently reported, and some participants have died. The Sacramento Bee documented  back in May numerous cases of COVID-19 spread by choirs.

A Virginia pastor who refused to require social distancing during services died of COVID-19 in April. Last week, a Houston pastor also died of the virus. At least a dozen leaders of the Church of God in Christ had died of coronavirus as of mid-April.

The Poway City Council, seeking to find a compromise between health concerns and religious freedom, this week voted unanimously to allow worship services outdoors in public parks until the shutdown on indoor services is lifted.