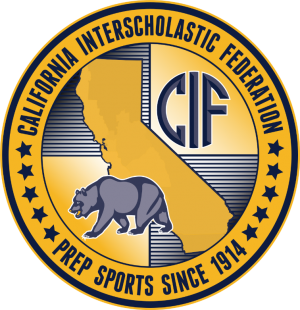 In addition to vacating the championship title, CIF also placed Coronado High School on probation for the next three school years, banned its boys’ basketball team from hosting postseason games for three years, and laid out requirements that must be fulfilled before any other Coronado High athletic teams can host postseason games.

Those requirements include completion of a sportsmanship workshop including racial/cultural sensitivity training for all coaches, athletic directors, administrators and student athletes. The school is also encouraged to reach out to Orange Glen to improve relations.

The CIF sanctions come after Coronado High announced firing of head coach J.D. Laaperi, after witnesses reported that he screamed profanities at an Orange Glen coach after the game demanding, “Get your kids and get the (expletive) out of here.”

The action drew mixed reviews on the Coronado Happenings page on Facebook.

“Glad to see they took this seriously,” Aaron Thornton wrote “Hopefully the racists responsible and the children they raised learn that their hate has consequences.”

But Rebecca Inez called the disciplinary action “extreme,” noting that the tortillas were brought by an outsider who is Latino, though two players went along with the action. “I understand a lesson needs to be taught, but that team battled to get that championship,” she concludes. “Sorry that the actions of a few stupid people have to punish the whole school and all other sports at that school.”

Below is the press release issued by CIF today:

SACRAMENTO — After a thorough review and analysis of the incident following the conclusion of the Division 4-A Regional Basketball Championship game between Coronado High School and Orange Glen High School, the CIF State Executive Director reiterates that discriminatory and racially insensitive behaviors toward an opponent contravene the principles of education-based athletics. In this instance, there is no doubt the act of throwing tortillas at a predominately Latino team is unacceptable and warrants sanctions.

While consequences are warranted for such an egregious action as throwing tortillas at a predominantly Latino team and the sanctions below are being levied on the athletic program at Coronado High School, we must all be aware that behavior does not normally change with sanctions alone. The path towards real change comes with the development of empathy for those who are on the receiving end of this type of degrading and demeaning behavior, no matter the proffered intent of that behavior.

Adherence to the principles of Pursuing Victory with Honorsm is expected at all levels of high school athletic events and, in particular, championship contests.

Based on the investigations conducted by the local schools and school districts, the events depicted in the video evidence, and this office's review, the sanctions below are levied against Coronado High School:

3. The Coronado High School boys basketball team will not host postseason contests at the Section, Regional, or State levels for the 2021-2022 and 2022-2023 school years.

4. All other teams in the Coronado High School athletic program will not host postseason contests at the Section, Regional, or State levels until numbers 5 and 6 below have been completed.

5. Completion of a sportsmanship workshop (to include a component of racial/cultural sensitivity training such as the NFHS Implicit Bias Course) for all Coronado High School administrators, athletic director(s), coaches, and student-athletes.

a.) The administrators at the two schools work cooperatively to provide the student-athletes at both schools with a restorative justice opportunity.

b.) The administrators at the two schools work with a community-based non-profit organization to conduct community service projects with their student-athletes and coaches.

Note: The details and reporting requirements of the above sanctions will be done in cooperation with Coronado High School, the State CIF, and the CIF-San Diego Section.