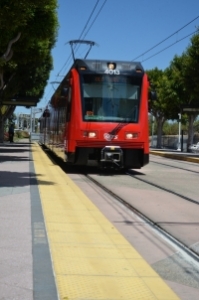 April 8, 2017 (San Diego’s East County) – Elected leaders in numerous local cities are gearing up to oppose a state bill that critics warn weaken the voices and voting power of smaller cities on the San Diego Association of Governments (SANDAG), as well as the Metropolitan Transit System and North County Transit District.  The bill gives more power to the city of San Diego, which critics contend will mean not enough clout by representatives from the county or other cities in the region to pass, block, or even place items on the agenda.

Assembly Bill 805, by Lorena Gonzalez-Fletcher (D-San Diego), aims to overhaul the decision-making process at SANDAG and two local transportation agencies to address problems from the Prop A ballot measure, in which SANDAG presented faulty financial projections to voter that over-estimated how much money the tax measure would bring in by about $8 billion.

“Anyone who watched the Measure A debacle and its fallout knows its time to reform the way we raise and spend transportation dollars, in the San Diego region,” says Gonzalez-Fletcher, who calls the current voting system at SANDAG “arcane.” In a press release on the bill, she claims AB 805 would eliminate the “single agency vote” in the three transportation agencies that let each municipality cast a vote of equal weight, regardless of population. Under her system, each city’s voting strength would be based on its population to align with a “one person, one vote” principal.

Each city’s mayor would be required to serve on SANDAG, instead of having the option to appoint a councilmember.  The mayors of the largest two cities would permanently serve as Chair and Vice Chair of SANDAG, rotating that position each term – meaning San Diego and Chula Vista would have all the clout to set agendas and run the meetings.

In addition, it eliminates a requirement that no city receive more than 40% of the weighted vote, so potentially, one city along could gain a majority vote to pass anything if it’s population is large enough.

The bill would also require an independent auditor and establishing of an audit committee to oversee the audit work, with an annual report to the Legislature.

“Seventeen of the 19 SANDAG member cities through their primary SANDAG representatives, including the entire County Board of Supervisors, have voiced opposition to this bill,”  states a memo by La Mesa Councilmember Kristine Alessio, who has drafted a resolution that she will ask La Mesa’s City Council to adopt; it’s on the agenda for the next City Council meeting on April 11 at 4 p.m.  “As written it would restructure SANDAG in a manner where the County of San Diego and City of San Diego would control SANDAG.”

Alessio says San Diego and Chula Vista would no longer need to consult with other SANDAG member communities, which would put cities such as La Mesa, El Cajon, Santee and Lemon Grove as well as unincorporated areas of the County in our rural, desert and mountain regions entirely at the mercy of San Diego.

One need look no farther than the draining of Lake Morena to see what can happen when rural communities have no voice.  While not a SANDAG or transportation issue, that controversy involved the city of San Diego unilaterally deciding to drain the Lake Morena to 5%, (which drought reduced to 2.5% at one point) without ever asking San Diego residents to conserve water.  Despite vocal objections from the County, which owns a park around Lake Morena, and residents whose businesses, homes, wells and property values were negatively affected and environmentalists worried about wildlife, the City Drained Lake Morena and also severely drained some other East County reservoirs without touching water levels in several reservoirs within the San Diego city limits.  When rains came, Otay’s reservoir overflowed, sending precious water that originated at Lake Morena dumped into the ocean.

Similarly, County Supervisors, each of which represents just one portion of the county, have regularly foisted industrial-scale energy projects off on rural communities over the objection of East County’s lone Supervisor.

That’s what can happen when local voices in East County have no power.

One could envision future transportation decisions by a San Diego-Chula Vista controlled SANDAG that might result in saving money for urban projects by slashing already inadequate bus service to rural areas, for example, or failing to advocate for improving safety or easing congestion along corridors traveled only by rural residents. Will bikeways along the San Diego River in East County or running a trolley line into North County ever even make it onto the agenda?  Would trolley service to Santee ever have happened if the proposed new voting structure had been in place?

The San Diego-skewed mindset is also evident at MTS, where the media section of the website has a photo gallery that doesn’t include a single image of transit in East County.  If anything, East County’s representation arguably needs strengthening, not weakening, since geographically our region is far more vast and transit options far more limited.  Being without a car in most of East County can leave a person largely homebound or dependent on friends, neighbors, or costly options such as taxis, Uber or Lyft.

Not everyone opposes the AB 805.

While acknowledging that AB 805 “might diminish the influence of most small cities within MTS.” Parent concludes, “I believe that AB 805 is good for La Mesa.” That’s because La Mesa has many residents who commute to San Diego, Parent says, noting that La Mesa and San Diego also share numerous freeway and transit lines such as Interstate 8, State Route 94, trolley and bus lines.

“AB 805’s proposed changes to the leadership structure of SANDAG would benefit La Mesa by shifting influence away from North County which does not share common interest with La Mesa,” Parent argues, adding that a review of the 2015 SANDAG Regional Plan shows that projects benefitting La Mesa nearly all travel through San Diego.

But Lemon Grove Councilman Jerry Jones shares Alessio’s concerns.  “The proposal to change SANDAG’s structure is nothing but a power grab by a disgruntled Sacramento politician who’s constituents didn’t get their way,”  Jones wrote in a comment on a Voice of San Diego article, which had criticized SANDAG members for being quiet as crickets about the Prop A scandal.

He likens the proposal to shift power away from small cities and communities on SANDAG to attempting to break up Congress, a move that would no doubt raise outrage were an effort to be made to stifle the voices of smaller states or rural communities.

“There are 17 cities in this county that chose to define their own path, good or bad,” Jones concludes, “and Sacramento should not force the will of the City of San Diego and the Assembly district of Lorena Gonzalez-Fletcher on the rest of us.”

While an outside audit of SANDAG over Prop A is clearly in order and perhaps some changes in future financial decision –making oversight to assure transparency, taking away the voices of most cities in the region and from unincorporated portions in our rural, mountain and desert regions to give all power to the two largest cities could clearly be detrimental to the interests of residents living in the vast majority of the county’s communities.

As bad as the local [politicians may be, we can at least vote them out (or in). What does a member of the assembly from Del Note county know or care about San Diego County? And if we don't like him/her? Anybody that has a car take mass transit?

Yes.  People take the trolley to and from Padres games.  My parents do when we go.

At one time the "real" east county wanted to break off and join Imperial County. 2 bad that never happened.

for me as a sportswriter with no car.  There are no high schools that I know of in Jacumba, but even for schools like Steele Canyon and West Hills.  Steele Canyon, I can't cover anything late, like a lacrosse game or a football game, because the 894 doesn't run late and I would have to take a bus to Rancho San Diego and walk a half hour down a dirt path.  For West Hills, for some reason there's only two buses:  one in the early mornings and one in the afternoons.  So I can't cover them unless they come into town (like I did last week when Monte Vista baseball played them). The isssue I have with SC is the same issue I have with El Cap or Santana.  I have to cover a day game, like lacrosse or softball or baseball.

You guys know me.  I'm not a politics person, can't stand the stuff, would rather watch sports, but the one politics thing I am passionate about is transit (and disability issues because I have Aspergers).  Yes, walking gets me exercise, but not when I'm in jeans and a t-shirt with a purse full of rosters around me walking for a half an hour.  Something HAS to be done.

I can get to Granite Hills, Valhalla, etc., but taking a bus, leaving an hour/2 hours before a game is annoying.  Especially when, if I had a car, I could be there in 15 minutes.

so they know people care about these routes.

so I feel I have no standing to complain. There ought to be some democratic way to determine the impact of the general lack of bus service to far east county, its effect on people who are transportation-challenged, but I know of no way to do that. We are generally people without a voice in any part of the county, but especially in the sparsely-settled parts. And of course they become MORE sparsely-settled as they are cut off from employment, shops, medical, etc. Boulevard has been especially hard hit (on its small scale) with loss of businesses. There are some van commuter companies driving in from El Centro that pass through and pick up some people. Private enterprise moved in to fill a need.
a couple moved out here when more frequent bus service was a plus, but now isn't, and that various people are volunteering to take folks to medical appointments etc. in the city. Reminds me of Aesop's The Town Mouse and the Country Mouse.