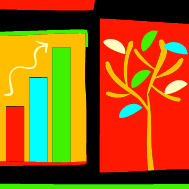 At a news conference in the Community Concourse near City Hall speakers outlined the purpose and intent of the initiative, the threat posed by a proposed development which seeks to circumvent the voter approval requirement and the importance of following the policies and procedures put in place to provide certainty and confidence that the precepts of managed growth will be followed and that citizen’s initiatives will be respected.

SDMG representative Diane Coombs noted that the City Attorney has stated in published commentaries the sanctity of the initiative as “the first power reserved to the people”  in addressing the implementation of recently passed ballot measures  and yet has not provided similar strong guidance regarding the enforcement of the Managed Growth Initiative.  Coombs stressed that the Managed Growth Initiative was a true citizen’s initiative and volunteer effort.  “The campaign was a David/Goliath battle and David won!  We cannot let that victory be lost to the failures of the City government to respect and implement the voice of the people.”

Jay Powell who helped coordinate the 1985 petition and proposition campaign pointed out that the City Council adopted very specific amendments to the General Plan, policies, procedures and ordinances to carry out the intent and purpose of the initiative, but those policies and ordinances are not being employed by City staff in at least one development proposal.

Cory Ha’o, representing PSDRV pointed to the proposed 224 unit Rancho Del Mar development that is seeking to circumvent the voter approval requirement in their application to fill a 20 acre portion of the San Dieguito River Valley floodplain that is designated as open space and zoned for agricultural use.   “The developer of this proposed project in the floodplain continues to degrade and dewater this open space wetland, while pursuing an illegal and inappropriate use requiring 14 feet of fill and untold other environmental impacts.  Only the voters can determine if this is an appropriate intensification of use on this land.”

LWV representative, Jeanne Brown noted that the League was one of the original sponsors of the initiative in 1985 because the General Plan was not being followed to provide for managed growth.  “The exceptions were becoming the rule” stated Brown.  “The only recourse to citizens was to circulate an initiative petition and pass it in spite of millions of dollars spent against it. One of the purposes of the initiative was to bring important changes in the use of lands set aside for future urbanization out of back rooms and engage the public in building consensus for urban development and open space preservation.”

Initiative supporters noted that requiring developers to demonstrate directly to voters how the benefits exceed the costs of opening up these areas to urban development has worked well.

Since the initiative was passed by voters in 1985, all but one of eight ballot measures seeking voter approval for developments have passed with support of many managed growth initiative proponents. “The initiative has worked to achieve public benefits in well planned development, open space preservation and transportation improvements and done that through a very open, community involvement process that fosters consensus” noted Brown.

SDMG called on the City Council to reaffirm their policies and procedures to ensure that proposals to urbanize “Proposition A Lands” are brought by City staff to the City Council via the Planning Commission as the first step. If they determine that there is a need or benefit to urbanize those lands, then the City Council can make that recommendation to voters. Initiative proponents lauded the City Council’s recent actions to protect open space areas of the City and encouraged them to apply that same commitment to the enforcement of their policies implementing the managed growth initiative.  “We need the City Council to assert their newly affirmed and recognized role to set policy and for them to call on the Mayor and City staff to implement those policies regarding the Managed Growth Initiative. This will save significant time and resources of the City and all stakeholders including property owners and surrounding residents and help us achieve our mutual goal of properly managed growth,” stated Brown.