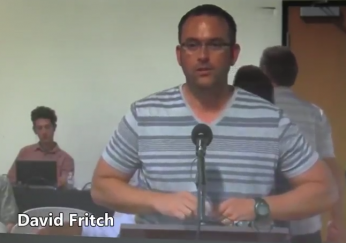 August 15, 2018 (El Cajon) – Citizens Oversight, a government watchdog group based in El Cajon, is calling for a thorough safety review of nuclear waste transfers halted at San Onofre after David Fritch, a whistleblower and federal OSHA safety inspector, described serious safety concerns. Those included an incident in which a 104-ton spent nuclear fuel cannister beamed lodged on a small piece of shim after a guide ring came loose, leaving the cannister teetering 18 feet above the bottom of the vault “hanging by about a quarter of an inch.”

Tom Palmisano, vice president, decommissioning and chief nuclear officer at SONGS, said the chance of the canister dropping 18 feet was “unlikely” but the canister is “designed to withstand that, the San Diego Union-Tribune reports.

But Ray Lutz, an engineer and founder of Citizens Overnight contends that if the 5/8-inch-thick steel cannister had fallen 18 feet, it could have incurred substantial damage.  He adds that “the containment may have been breached, and it very likely would have become wedged in the bottom of the vault. With no circulating air cooling possible, the fuel would quickly overheat. If the fuel assemblies inside were also compromised, there is a risk that a critical reaction would have been sustained.” Lutz adds, “It could have resulted in a melt-down scenario similar to what happened at Fukushima, perhaps melting through the concrete block and into the ground water, contaminating the coastal area for many miles.”

A meltdown could force evacuations as far as 50 miles inland, which would also include portions of East County.

Southern California Edison blames the accident on “performance errors” by contractor Holtec International during transfer of cannisters from wet storage to a new dry storage facility on the site of the decommissioned nuclear generating facility.  The company says it has halted the transfer temporarily to implement new safety procedures, KPBS reports.  So far, only about 23 of the 73 cannisters filled with radioactive nuclear waste have been transferred.

Fritch revealed the near-miss accident during public comments at a San Onofre community engagement panel meeting. Stating that he might not have a job the next day. He described “gross errors” by workers, adding, “We’re under-manned. We don’t have the proper personnel to get things done safely.” He also claimed oversight was inadequate, with inexperienced supervisors and workers inadequately trained. (His full remarks can be viewed at https://youtu.be/cv7EGG_TWcs).

Lutz faults Edison for failing to disclose the accident at its own shareholder meeting. He says such mistakes “place the population of approximately 8.4 million residents around the facility at extreme risk of a major disaster.” He says Edison has “no plan for what to do if a real disaster should unfold.’

The incident has been minimized by Community Engagement Panel chairman David Victor as a mere “workplace safety issue.” Lutz is calling on Victor to resign for downplaying the seriousness of the situation.

Citizens Oversight, which previously sued the Coastal Commission and Southern California Edison in an effort to stop storage of nuclear wastes at the beach, later hammered out a settlement aimed at improving safety and oversight as well as examination of other options.

Now the watchdog group is calling for a full stop on any further movement of spent nuclear fuel cannisters to the underground storage site until a full analysis, report and corrective actions are completed.

The group is also asking the Nuclear Regulator Commission to conduct an investigation and find out why this incident and potentially others were not reported. Citizens Oversight seeks disclosure of all prior incidents and a respond by Edison to the whistleblower’s claims of understaffing, inadequate training and a poor safety culture. A redesign by Holtec to prevent cannisters from being stuck is also sought.

In addition, the watchdog group wants Edison to come up with plans for a worst-case meltdown scenario, noting that Palmisano has merely said the company would “evaluate the situation and decide what to do at the time.”