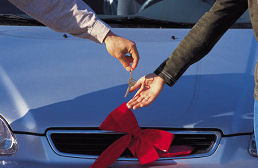 October 31, 2012 (El Cajon)—  At the October 23rd Council meeting, Councilmember Wells proposed that the El Cajon City Council authorize the City Manager to expend General Fund revenues as a 50 percent match with the dealerships for the costs of creating an “El Cajon Auto Dealership Association,” not to exceed the amount of $10,000.

The City Council voted 4-0 to support this new partnership.

El Cajon city leaders recently met with managers of several auto dealerships in El Cajon to discuss the significant role the auto dealership community has in the City’s economic success, now and in the future. Councilmember Bill Wells and City Manager Doug Williford hosted the meeting, where formation of an El Cajon Auto Dealership Association with activities that would be mutually beneficial to the dealerships was discussed.

Costs of setting up such an Association were estimated at $10,000 to $20,000.This process would involve incorporation documents and establishment of voluntary assessment fees for the participating dealerships.

Councilmember Wells indicated that financial participation on the City’s part to assist in creating this Association would send a strong message regarding the City Council’s commitment to economic development and business partnership. Since the primary reason for such an Association would be to increase business among the dealerships, this would also directly increase revenues to the city, Wells believes.