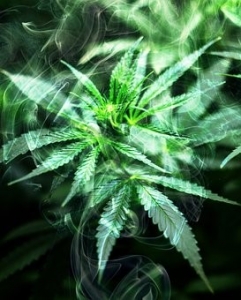 Police Chief Shelley Zimmerman strongly opposed the action, testifying that the 11 medical marijuana dispensaries currently operating legally in the city limits have generated 272 calls to police for help due to crimes that include robbery, burglary, assaults and shootings.

"Officials throughout Colorado flat out told our team the revenue was just not worth these costs," Zimmerman added.

But the Council majority contended that having a legal market would not only generate substantial tax revenues and create jobs, but also prevent a black market of unregulated goods that could threaten safety of users.

Councilwoman  Bry stated, "If we don't allow all parts of the supply chain in San Diego we are merely enabling a large black market," she said. "San Diego consumers are counting on us to provide them a safe product."

San Diego Supervisors, by contrast, recently voted against cultivation, manufacturing or sale and even voted to phase out the county’s only legally licensed medical marijuana facilities.

Voters last November approved Proposition 64, which legalized recreational marijuana, but requires approval of local jurisdictions for commercial sale, cultivation or manufacturing. Individual households may grow up to six plants, but larger operations are not allowed without local government authorization.

The new laws will roll out in January of next year, when California’s new state law goes into effect.

One wildcard in the equation is whether the federal government may intervene in states that have legalized marijuana, since it remains illegal under federal law.