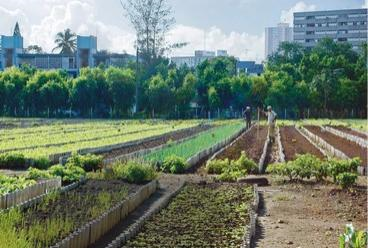 The new program will provide communities throughout the entire City an economic tool to incentivize the development of community gardens on eyesore properties.  The proposal was authored by Councilman Scott Sherman.

An Urban Agriculture Incentive Zone reduces the property tax of a participating parcel owner in exchange for a minimum five year contract for the usage of the site for urban agriculture.  Properties must be between a tenth of an acre and three acres, with the entire property dedicated for agriculture.

The new measure is made possible as a result of State Assembly Bill 551 introduced by Assemblymember Phil Ting, which was signed into law during the 2013 state legislative session.

“I appreciate the support of my Council Colleagues for approving my measure that will incentivize the development of urban agriculture in all San Diego neighborhoods as well as give residents and property owners an additional tool to transform blighted property in their communities,” said Councilmember Sherman in a press release.

Board of Supervisors Chairman Ron Roberts states, “Urban agriculture has the potential to expand economic opportunities, improve community health, and help fight against obesity and diabetes.” He adds that he hopes to see other cities in the region follow suit. Roberts indicates a similar incentive measure is expected to come before the County Supervisors in the next three months, KPBS reports.

“This new initiative will help bring fresh fruits and vegetables to residents in Southeast San Diego, many of whom live within what is considered a food insecure area,” said Diane Moss, CEO of Project New Village.

“The new program will not only bring much needed produce to communities in need, it will also help introduce the joy of farming to those who may have never had the opportunity to grow their own produce,” said Eric Larson, Executive Director of the San Diego County Farm Bureau.