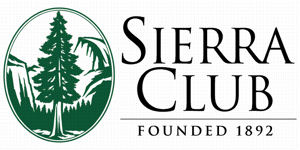 March 30, 2012 (San Diego) -- The San Diego Chapter of the Sierra Club has filed a lawsuit to rescind the City of San Diego’s uninformed decision to pursue managed competition of the Miramar Landfill. The lawsuit alleges that the City violated the California Environmental Quality Act (CEQA), which would require a public review of environmental consequences before the City could take substantial steps to frame and define a project to privatize San Diego’s public landfill.

"Under CEQA, government agencies are required to conduct environmental review and analysis at the time a project is defined and approved," said Craig A. Sherman, the attorney representing the San Diego Chapter. "In this case, while the City may not know who its ultimate contractor may be, it knows the project and is required to analyze and avoid adverse effects. The City knowingly failed to conduct any CEQA review and moved forward with approving a privatization project."

An environmental review process will allow the City of San Diego – and the public – the opportunity to identify detailed information about how managed competition will affect the San Diego community and the environment, to evaluate ways to mitigate or minimize environmental impacts of the proposed project, and to allow the City to identify alternatives to the project.
"Public officials are accountable to the taxpayers. Corporate decision makers are required to make money for their shareholders," said Malinda Dickenson, legal chair for the San Diego Chapter. "Whether or not we agree it is a bad idea to enable another corporate monopoly at taxpayers’ risk, one thing is sure – outsourcing and corporatizing the Miramar Landfill has the potential to significantly and adversely impact air and water quality, public health, and the habitats of several threatened and endangered species."
The idea that environmental review must occur before privatizing operations involving natural resources isn’t new to California. In 2003, the City of Stockton tried to privatize its water operations without first conducting environmental review. The Superior Court of the County of San Joaquin held that doing so was an abuse of discretion. The Court ruled, "Common sense dictates that methods of operation will differ between a government and private sector based on (at a minimum) the profit motive."
"Things like managing and policing the control and adverse effects of waste are at the core of what our municipal governments do, right up there with police and fire protection," said Kara Liederman, executive board member of the San Diego Chapter and co-chair of Sierra Young Adults. "The City is well aware of the substantial health, safety, and environmental risks from its planned transfer of operation of the Miramar Landfill."