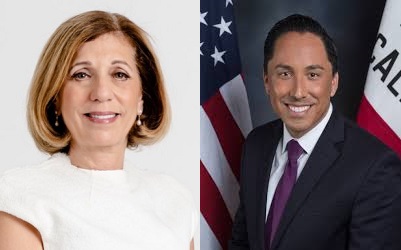 Both gave election night speeches. Bry spoke earlier in the evening and thanked supporters of this “independent woman.”

Gloria, a third generation San Diego resident, talked about “breaking barriers.” If he prevails, which appears likely as of election night, he will be the first openly LGBTQI, first Filipino, elected Mayor of San Diego, and first Latino/Native American in recent memory.

Mara Elliott has a substantial lead over candidate Cory Briggs. She had 67.59% of the vote over Briggs, 32.41%, in the race for San Diego City Attorney.

Measure A – City of San Diego (requires 2/3) general obligation for affordable housing is about evenly in between 50% plurality, and the 2/3 needed to pass. 57.40% yes votes, vs. 42.6% no, out of the ballots already counted.

Measure B – City of San Diego charter amendments establishing commission on police practices has a wide margin of yes votes comprising 74.93% of the total.