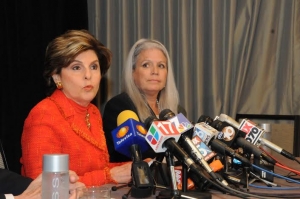 This is what Goldsmith called a clean settlement. He applauded both his staff and those from the legal office of Gloria Allred, attorney for McCormack-Jackson. He said that this was a victory for both sides, since this early settlement allowed both sides to move on and avoid the expense of the trial. 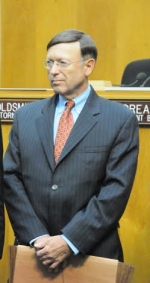 Goldsmith also said that McCormick-Jackson will leave city employment on April 1st, and that she was courageous for coming forward with the first claims. He also wished her the best in her future endeavors.

Goldsmith said that there are “two other cases pending, one by a city employee.” These are the cases filed by Stacy McKenzie, a city employee who also contends to have been put in the famous Filner Headlock at a city park event. The second is that of Michelle Tyler, who was helping a vet try to get help from the city.

Bob Filner has pleaded guilty to one felony count of false imprisonment and two misdemeanor counts of battery. He was sentenced to three years probation, and 90 days of home confinement.