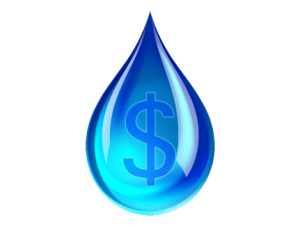 March 18, 2015 (San Diego) - The City of San Diego has filed a lawsuit against Monsanto and other chemical companies in U.S. District Court. The suit seeks damages for harm caused by polychlorinated biphenyls, or PCBS in the waters of San Diego Bay, the Reader reports.

In 2012, a study by the San Diego Regional Water Control Board found the City of San Diego was responsible for pollution in the Bay. The Lawsuit was filed in part to recoup some costs from a 2014 fine of nearly a million dollars, and a $6.45 million price tag for cleaning the site that the city was forced to pay.

The suit filed on March 16th claims that Monsanto illegally polluted the bay with PCBs, which were “not only a substantial factor in causing the City and Port District to incur damages, but a primary driving force behind the need to clean up and abate Bay sediments.” The suit also says that Monsanto knowingly continued producing PCBs after they were banned in the 1970s.

PCBs have been linked to cancer, neurotoxic and mutagenic health effects.

According to a report from the St. Louis Business Journal, the mega-corporation is denying any liability stating, ”Monsanto is not responsible for the costs alleged in this matter.” The company further contends that “if improper disposal or other improper uses allowed for necessary cleanup costs, then these other third parties would bear responsibility for those costs.”

Monsanto has a history of producing other controversial chemicals including the pesticide DDT, which was also banned, as well as PCBs, Agent Orange, the herbicide used in Viet Nam, and Bovine Growth Hormone. In addition, some environmentalists blame Monsanto’s genetically modified “Roundup Ready” crops for mass die-offs of bees and Monarch butterflies.