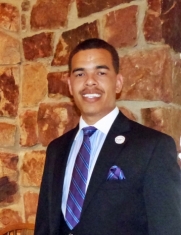 March 13, 2017 (El Cajon) — Rev. Shane Harris at the National Action Network in San Diego announced that he has asked Calif. Attorney General Xavier Becerra to appoint a special prosecutor to conduct an independent investigation into the death of Alfred Olango. Olango, an African-American man, was fatally shot in Sept. 2016 by an El Cajon Police officer.

District Attorney Bonnie Dumanis found the shooting was justified.  Olango’s family had called 911 to seek help for him during a mental health crisis, but when an armed officer approached him, Olango pointed a vaping (smoking) device at the officer, who shot and killed him while his partner fired a no-lethal taser.

The family has filed lawsuits against the City of El Cajon alleging wrongful death.  Olango’s sister has said after calling 911 she was repeatedly asked whether Olango was black or white, and that the situation was not treated as a priority.

A psychiatric response team member was not available to go to the scene with police, also raising questions over whether additional PERT personnel are needed.

The incident made national news, prompting days of marches and civil unrest in the community.

Harris has announced plans to hold a march and rally in El Cajon in April to call for the resignation of firing of the officer who fired the deadly shots.