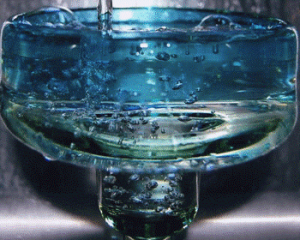 The actions follow a ruling by the California Fourth Appellate District court on April 20, which found that San Juan Capistrano’s tiered water rates were unconstitutional. .The court held that Capistrano violated Proposition 218, a voter-passed initiative which states that fees or charges for water service cannot exceed the proportional cost of service attributable to a given parcel.

Though filed by an Otay ratepayer, the suit if successful c could have a ripple effect in other agencies with tiered water rates, if the highest tier users are charged more than the actual cost of water delivery. Moreover, the suit notes that MWD’s scope of service includes selling water to 26 public agencies that provide water to over 19 million people in San Diego, Los Angeles, Orange, Riverside, San Bernadino and Ventura Counties –meaning the impact of the suit, if successful, is potentially huge.

Some districts have adopted higher rates and fines for those in the highest tier as a means of encouraging conservation of water.  But Andre Mura, an attorney with Gibbs Law Group representing Coziahr, says, “The California Constitution expresses the people’s view that water conservation is achieved by pricing that reflects the actual cost of water delivery service to a given property. This suit seeks to enforce the water conservation policies adopted by the people.”