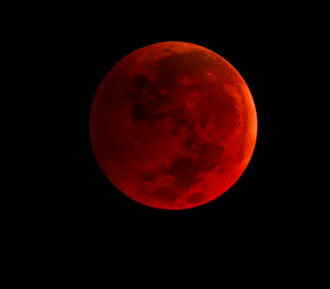 January 29, 2018 (San Diego) – What’s rarer than once in a blue moon?  A “super blood blue moon” that will be visible shortly before sunrise early Wednesday morning.

The rare astronomical event is actually a full lunar eclipse, with the moon in the shadow of the earth for a “blood moon” effect, meaning the moon will appear reddish-orange.  This blood moon is combined with a “supermoon” that is the closest point in the moon’s orbit to the earth, making it appear to loom large on the horizon.

In addition, this is the second full moon in a month, an occurrence known as a blue moon for its rarity, not color.

The forecast is for clear viewing, if you’d like to enjoy this astronomical spectacle.