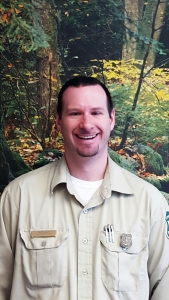 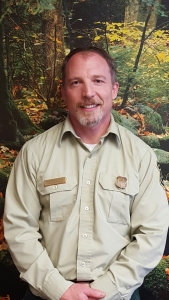 June 6, 2016 (San Diego’s East County) -- The Descanso Ranger District in Alpine, and the Palomar Ranger District in Ramona, have recently gained over 30 years’ experience between them with the addition of 2 new district rangers. Christopher Dowling for the Palomar, and Bob Heiar for the Descanso, both come from an extensive Forestry background and have already begun making substantial head weight on improving recreational opportunities, enhancing community protection, and enforcing ecological restoration. Forest Supervisor William Metz believes the expertise and timing couldn’t be better, "This comes at a crucial time as we head into fire season and begin preparations on the ground. Our focus is to meet the mission of public safety by increasing resources and expanding expertise, demonstrating our continued commitment to the people of San Diego County.

Christopher joins the Cleveland with over 21 years of natural resource management and forest management experience, having earned his BS in environmental studies from Evergreen State College in 2000 and his masters in forest management from Oregon State University in 2003. In his 12 years with the Forest Service, he has worked as a Forester, a field supervisor, a forest technician, and most recently, an acting district ranger on the San Jacinto RD in San Bernardino. Chris has worked on national forests across the country and relocated to San Diego from Washington where he worked for the past 7 years as a supervisory forester for the Olympic National Forest. Chris Dowling is placing an emphasis on building productive district capacity through increased training and resources, in an effort to meet the agency mission and provide more public opportunities.

Beginning his career with the Forest Service in 2003, Bob happily joins the Cleveland crew as the new district ranger for Descanso. Coming from the Cibola National Forest where he worked for 5 years, Bob served as a recreation staff officer and acting district ranger on the Mt. Taylor RD. Previously, he has also held positions as an assistant recreation officer on the Coconino and a Forester on the White Mountain. In 2005 Bob received his bachelors of science in forestry from University of Wisconsin—Stevens Point, and in 2014 he received his master’s in public administration from University of New Mexico. Bob is working to reinforce participation from the general public, increasing partnerships & volunteer opportunities, encouraging public participation, and working one-on-one to address resident concerns.