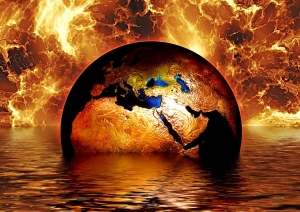 The march will also feature a rally with speakers including climate scientist Professor Jeffrey Severinghaus from Scripps Institute of Oceanography, Councilman David Alvarez, as well as faith-based, worker justice leaders and environmental leaders.

San Diego 350.org, an organizer of the rally, notes that this year is on track to be the hottest year on record, as unprecedented storms, floods and droughts are happening around the world.

A post at the group’s website states:  “The tragedy in Paris has only strengthened our resolve to stand together for a peaceful and livable planet,” adding, “On December 12, people will come together from all over San Diego County to call for bold climate solutions that create local jobs, strengthen community power and transition us to 100% clean energy by 2035. And we’ll call on world leaders to not cross climate red lines – including keeping 80% of fossil fuels in the ground.

Massive demonstrations are also planned in Paris and at other cities around the world.

To RSVP or get more information, including posters you can share on social media, visit www.SanDiego350.org.