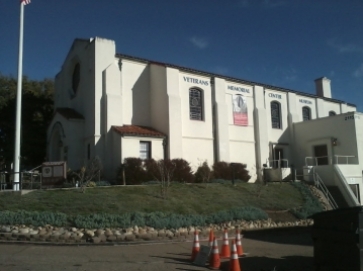 February 22, 2017 (San Diego’s East County) - On February 21, 2017, an audience of approximately 75 attended the Security & Climate Change: Issues and Perspectives conference, held in the Veterans Museum at Balboa Park. Organized and funded by The Center for Climate and Security (with the support of The San Diego Foundation and Skoll Global Threats Fund). The program focused on the threat climate change imposes on world stability, the burden it puts on the US military, and what they, as well as our local and state governments, are doing to plan for the consequences. The conference was followed by a screening of a new documentary entitled "The Age of Consequences."

The Mayor of San Diego, Kevin Faulconer, started the conference by noting that the city has been diligently working toward sustainability. Evidence of that effort, to name only two, include the city’s enforceable Climate Action Plan (CAP) as well as the largest water recycling effort in the western hemisphere. These projects could not be done without the close cooperation of the military based here (1 in 6 of the Navy’s personnel reside in San Diego, 1 in 4 of the Marines). San Diego, he said, sets the bar, leads the way toward positive, innovative change.

Speakers at the event included representatives from the upper echelons of both active and retired military, the U.S. diplomatic corps, the city of San Diego’s Sustainability program, the governor’s Office of Planning and Research, and the San Diego Regional Climate Collaborative.

These statements were made concerning climate and the world’s situation: 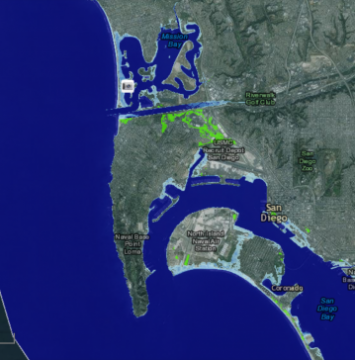 In response to these international and local risks, it was stated that if the military is to fulfill its task it cannot blind itself, on an ideological basis, to the reality and predicted effects of climate change. Math and science are instrumental in formulating its plans for the future. As one participant said, we must work with the adults in the room if we’re to have a chance of avoiding unthinkable consequences. These are the steps the military and others have been taking:

The US military focuses on preparedness, on completing their mission. This approach requires them to ignore and work around the political aspects surrounding climate change in favor of the using the best scientific knowledge that’s available. San Diego (and California) are traditional leaders in innovation, have fully embraced renewable energy, and are working closely with the military toward dealing with this common problem.

The most sobering statement made during the conference, one challenged by none, is that in some circles the conversation is not only past discussing whether climate change is real, it’s even past what we can do to mitigate it in time to avoid major instabilities, civil wars, mass migration, and food shortages. The conversation the adults in the room are having now is: how do we deal with the consequences and who do we save?