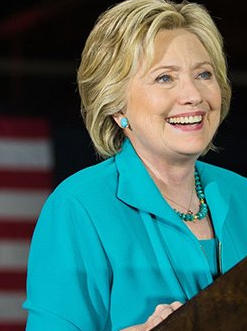 November 27, 2016 (San Diego) - Democrat Hillary Clinton’s campaign has announced it will join in the effort to recount ballots in key swing states.  That effort was launched by Green Party candidate Jill Stein, who has raised millions of dollars to fund recounts in Wisconsin, Pennsylvania, Michigan and possibly additional states.

Clinton leads in the popular vote by over 2 million votes nationwide, but lost the electoral votes.  About 100,000 votes separate Clinton and Trump in the three states slated for recounts—and it would take a shift to Clinton in all three to change the election outcome.

Clinton’s campaign counsel, Marc Elias, has said the campaign’s own investigation has not found any evidence of a hack and at this point Clinton is not contesting the election outcome.  But her campaign is participating in the recount launched by Stein to “ensure that it is fair to all sides.”

President-Elect Donald Trump has denounced the recount efforts as a “scam” to raise money even though Stein says her funds are in a dedicated account that cannot be used for anything else.  Trump’s campaign manager, Kellyanne Conway, called the Clinton and Stein campaigns “a pack of sore losers” for seeking the recount despite the fact that Trump himself had previously suggested the election could be rigged.

Stein launched the effort after computer and election experts raised concerns about the potential for hacking of voting machines.    The Green Party has asked for a “reconciliation of paper records” that goes beyond a recount to assess the accuracy of voting machines and whether any malware could have been inserted to change votes.

Shortly before the election, ABC news reported that Russia had attempted to hack 20 states’ election systems and successfully breached four.  ABC cited key sources at Homeland Security and the FBI who voiced concerns about efforts to hack the U.S. presidential election.  Hacks were also made into Clinton campaign e-mails.

Meanwhile a separate effort has been launched to persuade electors to the electoral college to change their votes.  At least six have said they will do so, tying a historic record for so-called “faithless electors” though that would still fall far short of the total needed to change this election outcome.  Some states have laws to prohibit electors from voting their conscience or changing their vote to support whoever wins the popular vote.  Now, a lawsuit has been filed on behalf of one delegate seeking to challenge that law.

But even in the unlikely event that the electoral college were to vote for Clinton instead of Trump for president, or choose a compromise candidate, that still doesn’t make Trump a loser.   The Constitution provides that in such a case, the House of Representatives would choose the President—and the House is controlled by Republicans by an overwhelming margin.