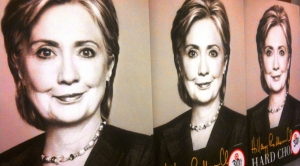 July 30, 2015 (San Diego’s East County) - With Hillary Clinton leading the pack of Presidential hopefuls, America could increase its solar capacity by 700% by 2020. The latest CNN poll shows 44% of the voters respondents favourable to her. This is quite a lead over the two next most favoured candidates, Republicans Jeb Bush and Donald Trump (who both had 34%). Her Democratic challenger, Bernie Sanders, may be “moving up” but has a long way to go with only 24%. Clinton wants to see half a billion US solar panels on rooftops by the end of her first term.

Its’ Hard To Believe! 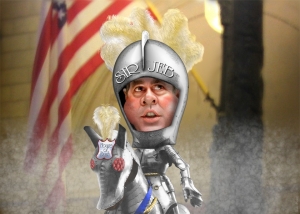 In response to Republican candidates who either downplay, or deny, Climate Change, Clinton says: “It’s hard to believe there are people running for President who still refuse to accept the settled science of Climate Change, who would rather remind us they are not scientists than listen to those who are.”

“Although it’s a big number … it’s not a number that I’d characterize as entirely unreasonable. You would not have been able to say that even four years ago. That fact alone really demonstrates the tremendous progress the solar industry has made,” Francis O’Sullivan, director of research and analysis with the MIT Energy Initiative, told the Washington Examiner. “It shines a light on how solar is no longer this niche business.”

One of Clinton’s top priorities is to fight attempts to roll back President Obama’s Clean Energy Power Plan.

Her campaign’s Vision for Renewable Power Fact Sheet explained, “The Clean Power Plan is a crucial tool in our national strategy to reduce carbon pollution, level the playing field for and increase the deployment of renewable energy, and build a clean energy future. In the face of attacks from climate change deniers, we will need a champion in the White House to defend it and implement it effectively. But smart federal standards set the floor, not the ceiling. We can and must go further.”

Clinton wants to launch a Clean Energy Challenge partnership with states, cities and rural areas that are ready to lead on clean energy initiatives. This could involve grants and market based incentives, as well as awards for communities that cut down the red tape that slows solar installations.

Would this lead to more reports of industrial scale projects being imposed on rural communities? Or will communities be given more of a voice in the decision process? Are these questions that will be answered before the election?

More “All Of The Above”

Even under Clinton, America would need to continue to pursue an “all of the above” energy strategy. About 67% of US electricity generation came from fossil fuels in 2014. The principal contributors were coal (39%) and natural gas (27%). Renewables only produced 13%.

Clinton wants to increase this to 33% by 2027. Some of this growth will come naturally. Even if no new policies are implemented, the renewable share is expected to rise to 16% by and,  under Obama’s Clean Power Plan, they could reach 25%.

Clinton has yet to make her position on the Keystone XL Pipeline known. She says she’s waiting for President Obama and Secretary Kerry to decide. Critics suggest she does not want to make an unpopular decision.

The most reasonable sounding Republican challenger, Jeb Bush, supports the Keystone XL pipeline and claims Obama’s reluctance to accept it “is insulting to our neighbour to the North.”

Bush is against the kind of subsidies that would fuel a rapid solar deployment:   “I think we should phase out, through tax reform, the tax credits for wind, for solar, for the oil and gas sector, for all that stuff.”

This sounds reasonable –  if you are not convinced that human activity is causing warmer temperatures, wild fires and extreme weather events. Jeb Bush recently acknowledged, “climate change is happening,” but wasn’t sure, “whether men are doing it or not.”

Some Republican candidates – like Marco Rubio and Ted Cruz – totally deny Climate Change. They received 24% and 22% approval ratings in the CNN poll.

Though Donald Trump received a stronger rating, it is more difficult to take him seriously.  Earlier this year, Trump told Fox News that Climate Change is a “hoax.” Two years prior to that he tweeted, “The concept of global warming was created by and for the Chinese in order to make U.S. manufacturing non-competitive.”

Is that a joke? Or is Donald Trump?

Unless there is a drastic change, the U.S. will elect its’ first female President in 2016 and the Clean Energy Challenge could become a reality.

Solar may sound good but is just another technology that produces hazardous strong electromagnetic fields (EMF's). It is not a good thing to place on a roof of an occupied building. The best location for these is away from the house on a large piece of property. To learn more, go to www.eiwellspring.org/solaremfhazard.pdf. As the Director of the Center for Electrosmog Prevention, a 501c3 nonprofit based in La Mesa, I have followed the science of EMF's and health, and it isn't good. Do a search on "emf hazards and solar" and you will have plenty of reading.