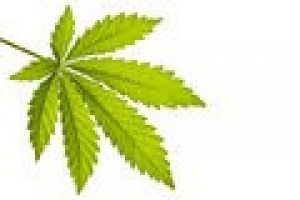 March 1, 2018 (El Cajon) – A search warrant was served this morning at Cloud 9 Wellness, an illegal marijuana dispensary in the 500 block of West Douglas in El Cajon.

“A large amount of cash and marijuana was seized as evidence,” Lieutenant Walt Miller with the El Cajon Police Department states in a press release. Six employees and three armed security guards working at the business were briefly detained but not arrested. However, Lt. Miller notes, “Although the employees were not arrested today, they and the owner of the business may face charges of allowing the Commercial Sale of Marijuana within the City.”

El Cajon Police officers conducted the search with assistance from the San Diego County Integrated Narcotic Task Force. Prior to the warrant being served, Cloud 9 Wellness was warned repeatedly by the El Cajon City Attorney’s office to cease and desist its sales of marijuana, Lt. Miller says, adding, “The owner and employees ignored those warnings and continued the illegal activities.”

The State of California recently legalized the sale of regulated amounts of marijuana from licensed businesses in cities within the state. Cities were however allowed, under the same law, to prohibit the sale of marijuana through local ordinances and municipal codes.

Some cities, such as Lemon Grove and La Mesa, have opted to allow sales of medical marijuana and others, such as San Diego, now allow recreational as well as medical cannabis sales.

“This law will be strictly enforced,” says Miller, who contends that marijuana businesses can result in unwanted activities impacting neighbors, “such as discarded drug paraphernalia, excessive loitering, robberies and burglaries.”

While it’s true such activities have been problematic around El Cajon’s illegal dispensaries, a legal dispensary licensed by the county in the unincorporated area of El Cajon has been crime free, the Sheriff’s department has confirmed. Thus, legalization with strict regulations can be an alternative solution to protect public safety while allowing safe access by medical marijuana patients.

Another alternative is regulation through zoning, as in La Mesa, where legal dispensaries will be limited to an industrial zoned area away from residential neighborhoods.

I think it's crazy that marijuana continues to be classified as a schedule class 1 drug. Others included on this list are: Heroin, LSD, Methamphetamine, Ecstasy, and Peyote. It's High (pun intended) time that marijuana be declassified as such. See drug chart at this link. https://www.dea.gov/druginffo/ds.shtml The voters overwhelmingly wanted weed to become a recreational substance, yet certain people with the power to do so, continue in the creation of laws that We The People don't want. Remember everyone, they work for us. We voted then in, and can vote them out. It would seem that alcohol rules still. Not so long ago it too was banned, and that led to a huge underground criminal empire. The prohibition created one notorious mobster, his name was Al Capone.

Regulate the weed like tobacco and alcohol (that are more harmful) and tax it to provide money for people who need treatment and for public information advertisements. Take the money away from smugglers and drug cartels.

I hope when someone you love turns to medicinal cannabis as there last hope that you remember sabotaging this. Because it will happen maybe even to you. Most people don’t choose it at first. It’s their last resort and they realize it’s the best medicine. So I hope karma bites you in the ass

I listed the facts from the press release the city sent out, but then pointed out that a legal dispensary elsewhere has been crime free, a fact that has been conveniently left out of many discussions on dispensaries.

I do know people who use medical cannabis for legitimate medical reasons with good results and personally believe it should be accessible while also having safeguards such as requirements for purity testing to avoid contaminants, etc.  My story also pointed to other cities where dispensaries are legal including two East County cities where voters have approved medical cannabis, for anyone who may be wondering about availability of medical cannabis elsewhere in East County and how other cities are regulating it; El Cajon has the toughest restrictions locally, to my knowledge.

I don't know the specifics about the particular dispensary that was raided this week in El Cajon and appreciate hearing more from those who posted the other side of the story. It's a fact, though, that El Cajon has had problems with some illegal dispensaries, including at least one with dangerous conditions such as flammable gas cans stored on a roof in direct sun. Photos were shown at a council meeting by a citizen who reported that hazard.  In some other places I've heard about dispensaries that stole electricity from neighbors or the grid and in Spring Valley, dispensaries where there was serious crime including shootings and robberies, whcih the workers didn't report, and in one case a neighboring business owner got shot.

My point was that legalizing and regulating can better protect safety than keeping all cannabis sales illegal, since the latter makes people afraid to report crimes against workers and customers. Legalizing also allows for oversight of the quality, purity, dosage etc. It would also avoid the costs of legal battles for the city and high enforcement costs to constantly chase and shut down illegal operatons.

Just as when Prohibition banned alcohol and people turned to bootleg whiskey, stills and bathtub gin, worse choices than having legal places to purchase alcoholic beverages. In this case, the banned substances go further, outlawing sales of substances used for medical purposes, not just recreational sales which is a different issue.

The only reason cloud nine was raided was to make an example out of them. All the volunteers work strictly off tips and help more sick patients than any recreational shop amour there. They did a great service for the City of El Cajon. Cleared up the whole street of west Douglas from homeless, drug addicts, and REAL DRUG DEALERS. Most of the patients have cancer, are pst military, or have severe emotional trauma. Cloud nine provided the best quality medicine without RAPING TAXPAYERS FOR THEIR MONEY. All that 32% tax on that low potency flower will be going straight into the flighty rich politicians that have no regards for anyone with serious ailments. Cannabis rights are growing. You can’t stop our movement. Never have never will.