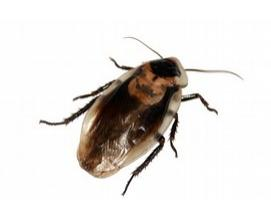 February 9, 2016 (Berkeley, CA) --Tiny insect superheroes are providing inspiration to scientists seeking better ways to find people trapped in collapsed buildings after a disaster such as an earthquake.

You may be surprised to learn that the lowly cockroach can run through spaces half its height, survive pressure 900 times its body weight, and run 20 times its body length in just one second.  Now integrative biology scientists at the University of California have invented a prototype of a robotic cockroach capable of crawling through rubble to search for survivors, retrieve and transmit information during disasters.

Kaushik Jayaram, PhD and Robert J. Full published their report in Proceedings of the National Academy of Sciences on the study they conducted at Berkeley.  Inspired by biology, the researchers focused on roaches averaging just an inch and a half in length because of two abilities for which the creatures are renowned. They are very fast for their size-- and have the ability to get through tiny cracks.

Thus the roach Olympics began, initiated by the scientists.  The researchers ran their roaches through crevices as well as smaller and smaller spaces.  The bugs got through a crevice the height of just two stacked pennies in less than a second, the New York Times reported.

If you’ve ever wondered how roaches manage to squeeze into seemingly impenetrable spaces beneath doors or through walls in your home or apartment, here’s their secret.

The scientists squashed the roaches with pressure equivalent to 900 times their body weight – and the hardy bugs survived, unscathed. Even when pressed flat and legs extended, they were still able to scurry at high speeds.

They can tolerate flattening because the roach exoskeleton is made of rigid plates connected by more flexible tissue. When flattened, they resort to a kind of locomotion that hasn’t been studied before, Dr. Full said. The extended legs have enough grip to move the body forward rapidly against friction from being pushed hard between surfaces.

No cockroaches were harmed during the experiments, Dr. Full said, not even the ones subjected to the highest pressures. “We actually ran them and flew them before and after the measurements,” he said, and there was no difference in performance.

Dr. Full said that the cockroach structure could work better than wormlike designs for robots to explore sites too small for humans, rescue dogs or even robotic rodents to fit. “This is the model for soft robots,” he concluded. The robotic roaches could then alert rescuers to a trapped victim’s location.

To prove the point, the scientists built a prototype bigger than the ones you may have seen in your apartment. The robot roach is about the size of your palm. It has rigid plates connected by flexible membranes and legs that can run or move via splayed crawling just like flattened cockroaches can do.

The researchers said that a robotic roach could be made for as little as $100—and they envision swarms released to scour future disaster sites.

Who would have thought that the lowly and often loathed cockroach could be a source of inspiration for machines that may soon save people’s lives?