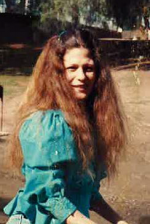 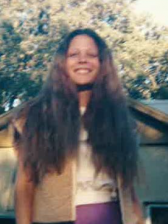 At the time of her disappearance over 27 years ago, Cynthia stood 5’1” tall and weighed about 110 pounds. She had long brown hair and brown eyes. Cynthia had “Fats” tattooed on her right hand and “Lady” tattooed on her left hand. (SDSD CN: 86-55354H)

According to the North American Missing Persons network, home, Cynthia Coleman did end up making it to the corner store the day she went missing. A friend of her brother’s reportedly told authorities that he gave her a ride part of the way back to her home. The friend was questioned extensively and given a lie-detector test, but no arrests were ever made.

Cynthia was never seen or heard from again. She left behind her purse, her cigarettes and her baby daughter. Both sheriff’s investigators and the family suspect foul play.

If she is still alive, she will be 52 years old on January 30th.

Anyone with information on the disappearance of Cynthia Dyann Coleman is asked to call the Sheriff’s Homicide Detail at (858) 974-2321 or the Crime Stoppers anonymous tip line at (888) 580-8477. Anonymous email and text messages can be sent via www.sdcrimestoppers.com.