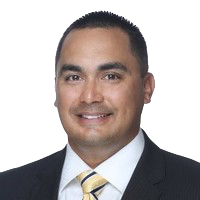 The company said it has leased and moved into a 13,000-square-foot, two-story office building at 9555 Grossmont Summit Dr., which previously was occupied by Berkshire Hathaway Home Services California Properties.

According to CWB agents familiar with the situation, Berkshire’s lease had expired and Berkshire was hoping to occupy only a portion of the building, which was built in 2001. However, when the landlord put the office space on the market, CBW’s offer to lease the entire 13,000-square-foot building was accepted. Financial terms of the lease were not disclosed.

The building has office space for about 150 real estate agents. More than 60 former Berkshire agents have reportedly switched and joined CBW. CBW said the new office lease acquisition has increased the number of its sales agents and broker associates to more than 800. CBW’s new Mount Helix office is the company seventh office location.

Coldwell Banker was founded in 1906 by Colbert Coldwell. In 1913, Benjamin Arthur Banker joined the firm and later became Coldwell’s partner.