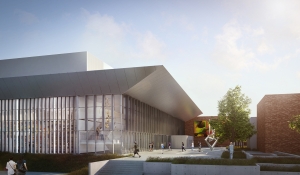 January 23, 2018 (El Cajon) -- Continuing a winning streak that would be envy of any sports franchise, the Grossmont-Cuyamaca Community College District’s excellent fiscal practices have once again received top marks from independent auditors for the 14th straight year.

The Grossmont-Cuyamaca Community College District Governing Board was presented last week with unblemished reports detailing the district’s general audit, as well as independent reviews of the financials of the Foundation for Grossmont and Cuyamaca Colleges, the district’s auxiliary, and the management of Proposition V, the construction bond funds approved by East County voters in 2012.

The state-mandated audits are conducted by a team of independent auditors who scrutinize the district numbers in an ongoing process that starts anew at the start of every fiscal year.

“Our district never stops striving for excellence and the public has come to expect it,” said Governing Board President Bill Garrett. “We consistently hit it out of the park when it comes to transparency and service to the public.”

The “unqualified” opinion of the report is the best type to be issued from an external auditor, indicating no deficiencies in internal control or compliance. Christy White with the certified public accounting firm Christy White Associates told trustees that the college district’s business department does an outstanding job of recordkeeping, with a well-organized tracking and reconciling of income and spending that helps the auditing process go smoothly.

The general audit also gave the district a clean bill of health regarding its finances, but noted in its analysis the anticipated significant increases to the employer pension contribution rates, projected to double for every community college district in the state by 2020.

In addition, the district’s Citizens’ Bond Oversight Committee had requested that a separate financial and performance audit for Proposition V be done by another accounting firm that specialized in auditing school construction bond programs. The financial audits by the accounting firm CLA (Clifton Larson Allen) confirm that the building fund statements provided by the district fairly present the financial picture of the Prop. V building funds in accordance with accepted accounting principle and are consistent with the commitment to taxpayers in the bond language.

Garrett said the construction bond fund audits affirm the public’s confidence in voting for 2012’s $398 million Prop. V. The passage of Prop. V paved the way for the district to continue the work started a decade earlier with Prop. R that resulted in the construction or renovation of 13 major facilities at the colleges. Major projects underway include a renovation of Cuyamaca College’s Student Services and Administration Building and a new Performing and Visual Arts Center at Grossmont College.

“It’s a very proud statement to say we have clean audits,” said Sue Rearic, the district’s vice chancellor of Business Services. “These audits are a validation of the hard work across the district in maintaining fiscal stewardship.”

Grossmont and Cuyamaca colleges, located in eastern San Diego County, serve almost 28,000 students. For more information about the district and its colleges, go to www.gcccd.edu.