June5, 2011 (El Cajon) – After several years as a stay-at-home mom with three young children, Vicki Watkins faced the prospect of going back to work after a marital split. She struggled at first to make ends meet with a near-minimum-wage job as a retail clerk, and then decided with some trepidation to return to school. At Cuyamaca College, she found the support she needed – an on-campus job and financial aid, including a $1,000 Osher scholarship, made possible by donations and matching dollars from the Bernard Osher Foundation.

I am not sure where I would be in my life right now if I wouldn’t have met such caring and encouraging people that I have met here at Cuyamaca,” said Watkins, who will be graduating in June and transferring to San Diego State University in the fall as an accounting major. “Being that I am a single mother of three children, the Osher scholarship has helped relieve some of my financial hardship that I have faced by returning to school. It has also helped bring my family closer together by having the extra money to do the little things that make my kids smile.”

The June 30 deadline is approaching for the California Community Colleges Scholarship Endowment, a statewide $100 million fundraising drive that will forever provide $1,000 annual Osher scholarships to community college students like Watkins.  Both Grossmont and Cuyamaca colleges report exceeding their initial fundraising goals, with their foundations collectively raising nearly $800,000. They vow to continue till the clock runs out.

With the Osher match, $1.2 million is available to fund 60 Osher scholarships each year in perpetuity at Grossmont and Cuyamaca. Each scholarship represents a $13,500 donation with a $6,500 match from the Osher Foundation. The fundraising goals – based on each college’s enrollment -- were established three years ago as the maximum amounts eligible for matching by the Osher Foundation. The cap was lifted this year, and the San Francisco-based foundation will match whatever money the colleges can raise.

Although community college fees are low, they have been climbing as the state’s budget woes have worsened and other costs such as gas and books have also been on the rise. These scholarships to the neediest students can mean the difference between continuing their education and having to forego dreams of bettering their lives.

Judy Garrett, vice president of the Cuyamaca College Foundation and a member of the Grossmont College Foundation, and her husband, Governing Board President Bill Garrett, have donated $40,500 to fund three Osher scholarships – two for Grossmont and one for Cuyamaca colleges. Rudolph & Sletten, a construction contractor on several of the colleges’ new buildings that have gone up in recent years, has donated funds for three Osher scholarships. Samuel Ciccati, who served as president of Cuyamaca College from 1984 to 1993, also funded three scholarships.

“We believe so much in the importance of the Osher scholarships,” Judy Garrett said. “For some students, 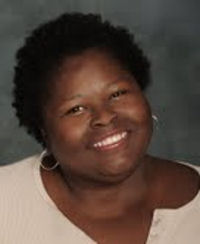 the scholarship can make the difference that enables them to continue their education and sets them on a path for success.” Grossmont College student and Osher scholar Diedrea Lewis said the scholarship has helped with the myriad incidental costs of attending school. “In addition to books, it’s helped pay for computer software, the ink cartridges to print my homework, transportation, the batteries for my tape recorder – just your basic school supplies – it all costs money,” she said.

The scholarship endowment will give top priority to students with the greatest financial need. To be considered, students must have completed 24 units toward their degree, be enrolled in at least six units, and qualify for the California Community Colleges Board of Governors fee waiver.

“This is a once- in-a- lifetime gift opportunity for our students today and those to come,” said Ernie Ewin, executive director of the Grossmont College Foundation. “We do not want to leave any dollars on the table. We are driving till midnight on June 30th. We would love for the public to support our efforts as a 50 percent match applies to all we raise.”For information on donating to the colleges’ Osher funds, go to:

It's normal for colleges to press for scholarships! This is the only real way to attract the really good students. Many brilliant students would have not had the chance to go to college if for these scholarships. One of my best friends who couldn't have afforded paying for college actually got a scholarship to MIT after developing a new exe files editor during his spare time. This kind of people deserve the chance to higher education as they are the future of the world!

These foundations are very important for a lot of people with problems. The financial crisis is another reason because the foundations activities must be more present in our people life. magazine online