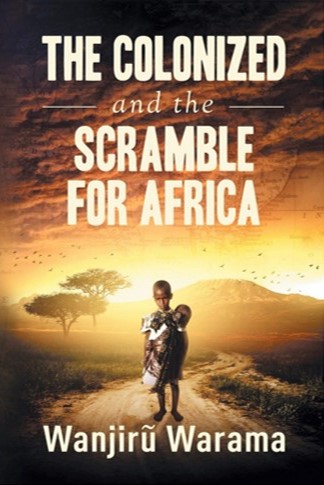 Author to hold book signing at Julian Library on May 10 at 1 p.m.

May 5, 2022 (La Mesa) -- The Colonized and the Scramble for Africa, the first of The Colonized series, provides true stories of how the author, Wanjirũ Warama, her family and community lived in abject poverty on British colonial farms in Kenya.

Warama, a resident of La Mesa, is a member of the San Diego Writers and Editors Guild. She will host a book signing in Julian at the County Library on May 10 at 1 p.m.

To begin, in an author’s note, Warama quotes from a book written by an Englishman that reports flying is the only way to get from place to place. She says: 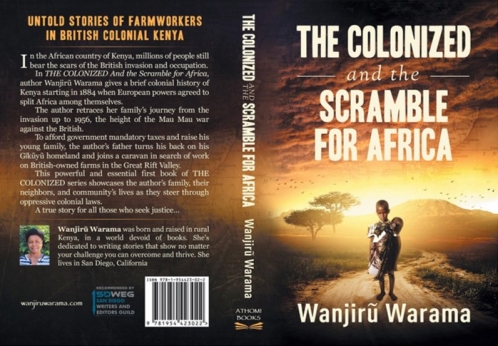 … at least ninety percent of the people have never dreamed of flying and have never seen a plane in the sky.

Faced with this kind of misinformation, my timidity faltered. Illiterate people like my parents lacked the ability to record their own stories.

But I do, I told myself.

Why would I then leave it to non-peasants and foreigners to write second-hand, biased, or untrue stories about the peasant life led by my generation?

Chapter one provides a short overview of British occupation. In the 1920s, the British took lands from Kenya’s natives. They limited the education of their subjects which affected their livelihoods. (The men could go up to fourth grade and the women generally lacked education.) In addition, the colonial government introduced taxes and laws that were designed to keep the indigenous Africans oppressed and in poverty.

The author’s personal story begins when she is nine. Ababy is strapped to her back. Her father and she walk two miles to a bus stop, where she will take her first bus ride. They go to a town 18 miles away, to a hospital where her baby brother is examined by white doctors.  Because babies are not hospitalized without a parent, Warama is considered a surrogate mother. Both she and her brother are hospitalized while her brother is treated. Her father returns home to work.

The next chapter gives her family’s history. To make a living, Baba, Warama’s father, had to leave his family to find work elsewhere. As a result, his marriage disintegrated and his three children became fatherless.  Later, Baba found a job as a foreman on a farm that grew coffee beans, raised goats, and harvested honey. He married a second wife and established himself on the farm where Warama was born and raised with six other children in her mother’s tiny hut.

Baba lived in a separate, even smaller building, and rarely interacted with his children. Even when their mother was hospitalized, he left his children to fend for themselves.  When he did step in, he often became excessively punitive.

Polygamy was a way for a man to gain status in the community, so Baba took a third wife who had her own house. However, the war that ensued between his two wives made him decide to send the newest wife back to her family.

Warama’s mother, being ignorant, raised her children in unsanitary conditions. She cooked over an open fire and often left her children hungry. If anyone fell ill, she relied on local healers and folklore cures. In many instances, she failed to take family members to obtain medical assistance when injuries and illnesses were very serious.

The struggles and tragedies of one of Warama’s brothers helps readers to understand just how fragile life could be for native men. Additionally, living in a rural area where no one had easy access to transportation, clean water or ways to communicate during emergencies, people had large families because survival was such a challenge. To die without any male progeny was a tragedy for the African man.

The Mau Mau, who fought for the British, returned home and, using guerilla warfare, struggled for their independence. The government declared a state of emergency and put most natives in camps. Warama’sfamily moved four times that year.

The book is astonishingly positive given the abject poverty under which Warama and her siblings suffered. She tells acompelling story. I look forward to reading the author’s personal story—how she became educated and immigrated to the United States. 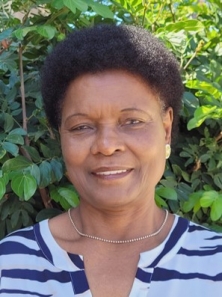 Wanjirũ Warama was born and raised in rural Kenya, on a British colonial farm, a world devoid of books. Her farm-worker illiterate parents scratched out a living on that farm their entire lives. It’s by chance that, as a girl, her father allowed her to attend school. Books are therefore close to Wanjirũ’s heart, the reason she dedicates her life to writing real-life untold stories. These stories show no matter the circumstances under which people are born, they can overcome and thrive.