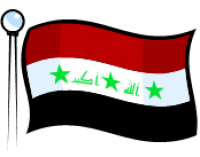 Yonan left Iraq in 2000 to escape the Iran-Iraq conflict and eventually made her way to San Diego County.  In 2003, during the U.S. - Iraq war, Yonan's sister was blinded in her home in Mosul during a U.S. bombing raid -- an event Yonan witnessed half a world away on television in her El Cajon living room. With help from the Chaldean community, she arranged to bring her sister and husband to the U.S.

Over the ensuing decade, the family weathered culture shock and family upheaval to emerge battered, but stronger, in the land that had altered their lives forever -- then welcomed them home.  Today, Yonan runs a successful bakery in El Cajon's Parkway Plaza.