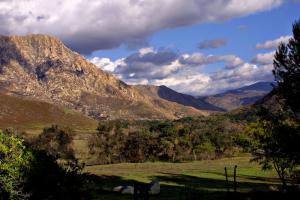 September 7, 2015 (Lakeside) – Residents of El Monte Valley and other community members concerned about a massive sand mining project proposed in Lakeside are invited to join a meeting convened by the Preserve El Monte Action Coalition.  The meeting will be held Thursday, Sept. 10 at 6 p.m. in the Lakeside Christian Church, 13739 El Monte Road in Lakeside.

The goal will be to help residents frame concerns to address them in writing to the County of San Diego.

A message from organizers states, “Each and every comment will have to be answered in an official manner and will become part of the final Environmental Impact Report (EIR) and stand in court as grounds for a lawsuit later on. The reason we need to send as many comments as possible is that the more comments, the longer it would take to respond, therefore the sand miners will run out of time before having a chance to get their permit to mine in the valley.”

The 565-acre project spanning 30 years is proposed by the El Monte Nature Preserve LLC, which claims the sand is needed to supply local construction projects. The name alludes to the developer's pledge to restore wetlands habitat after decades of mining are finished.