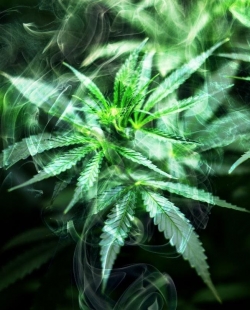 By Angela Kurysh
Photo: Creative Commons via Bing
June 13, 2021 (Lemon Grove) – Lemon Grove is one of two cities in East County that allow marijuana dispensary businesses. The Lemon Grove City Council has been discussing the possibility of potentially adding more of these shops around the city. At last Tuesday's City Council meeting, residents expressed their concerns on how these businesses will affect the future of their community.

During last week’s meeting on June 1st, five public comments were submitted and read by the city clerk – all pertaining to the proposals for these dispensaries. Barbara Gordon, who said she is an adult advisor for Hispanic youth, voiced concerns.  “Our kids are always watching what we do, we cannot put more drugs into the community and then expect that no harm will occur.”

Peggy Walker had similar feelings about this issue, alluding to how lawyer Robert Cory, who fathered the legalization of marijuana in Colorado, made a public statement regretting his efforts to legalize the drug. Walker shared this example to convince the Council that they should reconsider expanding this industry in Lemon Grove. Walker stated, “This industry is taking over other cities with promises of tax revenues that do not materialize and don't come close to addressing the high societal costs.

Walker and Gordon have both advocated against cannabis before other public boards in Santee and Ramona. It is unclear whether either is a resident or has ties to Lemon Grove.

There has been a lot of discourse in the past months at City Council meetings addressing this issue; however, Council members did not partake in this discussion at this meeting. Nothing has been approved yet, but expansion of this industry in Lemon Grove would bring more tax revenue into the City’s strained budget.

Lemon Grove voters legalized marijuana dispensaries with Proposition J, but decisions on where to place these facilities has generated controversy. With residents expressing concerns through public comments at almost every meeting, more needs to be discussed amongst the Council before any decisions will be finalized.

Administrative Services Director Molly Brennan presented the FY 2020-2021 General Fund Budget, which is the City’s primary day-to-day operating fund. After an estimated budget deficit of $50,000 in March 2021, its budget took a turn for the better, estimating over $267,000 in surplus revenue in June 2021. To this news, Mayor Vasquez  said, “Underneath my mask, I smile because over the years, we have grappled with budgets that were challenging and to hear the word surplus is a rarity for the City of Lemon Grove.”

Mayor Pro Tem Jerry Jones announced that many locals have been asking for an increase in street repair funding. While Vasquez and Councilmember Jennifer Mendoza agreed with Councilmember Jones, Councilmember George Gastil was not in favor of this proposal, as he believes pension is more of a priority. More will be discussed on this matter before any final decisions are made.

The City also received a one-time COVID-19 relief allowance of $1.5 million dollars from the state. This money can be allocated towards things like roof replacements, street repairs, recreational buildings and more. The City also proposed a 2% wage increase for fire and City workers to make their salaries competitive with neighboring cities, such as La Mesa and El Cajon. By a 4-1 vote, due to Councilmember Liana LeBaron absent, the rest of the Council agreed to this pay increase.

To be clear, Council's plans to legalize the sale of recreational cannabis does not add any additional sites where these businesses can be located. These businesses would either be co-located with existing medical dispensaries or may be licensed for recreational only, depending on Council's final decision on the subject. All cannabis retail sales (recreational or medical) must meet the same distance requirements from sensitive uses and each other and must meet the same regulations already in place for medical dispensaries. This means that they all share the same available properties within the existing code. No new locations will be opened up or added with the new regulations.