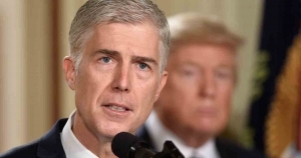 But Democrats remain angered over Senate Republicans’ refusal to hold hearings for President Obama’s nominee, Merrick Garland, during the last year of Obama’s presidency.  Some believe such unprecedented obstructionism may warrant a filibuster to block Garland’s confirmation.

Democrats are also expected to push Gorsuch on whether he would rule against the Trump administration if cases challenging the President’s authority come before him on the high court.

Republicans may push for Gorsuch to elaborate his views on business matters and religion. On the bench, one of his most controversial rulings was in the Hobby Lobby case, in which he ruled that an employer should be able to opt out of providing health insurance that covered birth control because of the employer’s religious beliefs.

Republicans currently control the House and Senate, as well as the White House.  A conservative majority on the Supreme Court would take away needed checks and balances, some legal scholars caution.

Gorsuch, 49, currently serves on the 10th Circuit Court of Appeals in Colorado.  He has a solid record of conservative rulings and a strict constitutional interpretation similar to Scalia’s. he previously served in the Justice Department during George W. Bush’s presidency and will likely face grilling by Senators over his role in treatment of detainees and his stance on torture.

Major cases pending before the high court in which a Gorsuch confirmation could swing the majority to the conservative side include cases involving legal protections for gay and transgender people, efforts to restrict the power of labor unions, and challenges to President Trump’s travel ban on immigrants and refugees.