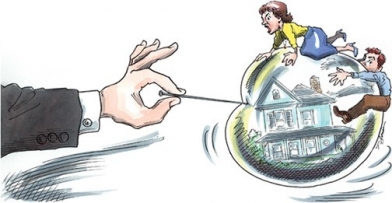 July 24, 2017 (Washington D.C.) -- The Trump administration and the Republican leaders in Congress are looking to gut the Consumer Financial Protection Bureau, GovExec reports. The bureau was established in 2011 during the financial crisis and mortgage market collapse, as part of the Dodd-Frank reforms to protect consumers from deceptive and misleading actions by the financial industry.

It’s the only federal agency with a sole mission to represent consumers in financial transactions.

Among other actions, the Consumer Financial Protection Bureau secured nearly $12 billion from big banks for more than 29 million consumers who were ripped off by predatory practices and outright fraud by lenders.

Since then the bureau has taken many other actions to stop financial institutions from harming consumers, forcing refunds of illegal credit card fees, making lenders repay consumers who were discriminated against, and recovering money for veterans who complained of abusive financial practices, to name just a few.

Most importantly, the bureau set up new lending rules to help prevent problems that caused the Great Recession and preyed upon vulnerable consumers, especially older adults who in some cases had been fraudulently forced out of their homes or deceived with misleading advertising.  In just one year, 2015, the bureau got help for 600 senior citizens.

Scams targeting seniors that the bureau regulators are estimated to cost seniors up to $36 billion a year, according to a report in the Conversation authored by consumer law experts with decades of experience helping consumers.

Those experts blast the “Financial Choice Act”  passed by the House, a measure that would cripple the Consumer Financial Protection Bureau, forcing it to sit idly by while financial institutions lie to consumers, the consumer protection experts warn.

Many of these members of Congress have taken huge Wall Street contributions to their campaigns, making clear whose interest they are representing.  The measure is backed by the President, who has stacked his cabinet with Wall Street executives and financial industry lobbyists, in direct contradiction of promises he made to voters during his campaign when he pledged to “drain the swamp.”

Some want to go even further, calling for complete elimination of the agency despite its proven track record of effectiveness at protecting consumers and holding big banks accountable for illegal actions.