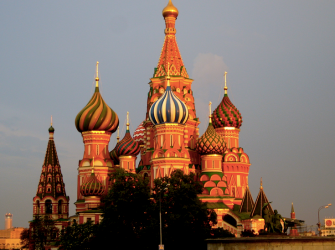 July 24, 2017 (Washington D.C.) – In a stinging rebuke of President Donald Trump’s cozy relationship with Russia, The House and Senate have agreed on a bill to impose new sanctions on Russia over its efforts to meddle in the U.S. election and Russian aggression in the Ukraine.  The bill also prohibits Trump from easing those sanctions without Congressional approval.  The Republican-controlled Congress is said to have mustered a veto-proof majority in both Houses for the bill.

Although Trump has long opposed such sanctions, White House Press Secretary Sarah Huckabee Sanders now says the President will support the bill, though he has been left with little choice other than to veto it and face the embarrassment of a rare Congressional override.  But Trump’s newly hired White House communications director Anthony Scaramucci said the President hasn’t made the decision yet to sign that bill one way or the other, during an interview on CNN on Sunday.

The bill was introduced amid a deepening probe by special prosecutor Robert Mueller into ties between Russia and members of Trump’s campaign as well as key administration officials and Trump family members.  Recent media reports, admissions by Trump’s son and others have revealed that Trump’s denial of any ties to Russia made during his campaign were false.

In fact, Trump and his team including his son, son-in-law, campaign manager and attorney general have had numerous contacts with Russians.  Trump himself has an extensive history of business dealings with Russians including members of Russian organized crime.

The New Republic, in a well-documented report titled “Trump’s Russian Laundromat” reveals that Trump Tower and other Trump properties were used by Russian organized crime to launder money over many years—a practice that was under investigation by a New York U.S. attorney recently fired by Trump.