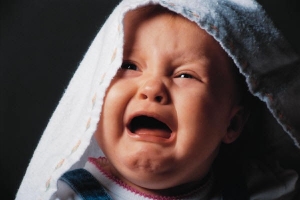 Meanwhile, Congress weighs bill to ban abortions after 20 weeks, but robs babies of healthcare at birth

Esquire Magazine reports that California will run out of CHIP funding completely by December or early January.  The program covers not only routine checkups, immunizations and doctor visits but also prescriptions, dental and vision care, hospital care, lab and x-ray services, and emergency treatments.

Enacted in 1997, the CHIP program has always had strong bipartisan support, until now.  It reduced the percentage of uninsured children to just 4.5 percent, down from almost 14 percent.

A $15 billion bipartisan bill to renew CHIP authored by Senators Orrin Hatch (R-Utah) and  Ron Wyden (D-Oregon) was moving forward but stalled amid Republicans’ failed efforts to repeal the Affordable Care Act, according to the Los Angeles Times.

California’s share is $600 million – or about the cost to build just one of the multiple border wall prototypes the Trump administration is erecting in San Diego County, which already has secure fencing along virtually the entire Mexican border here.

Meanwhile the House is set to vote  in the next few days on banning abortions after 20 weeks, CNN reports.  So, a woman who learns that a fetus is severely deformed with a condition such as a malformed brain or spinal cord diagnosed after 20 weeks would have no option to terminate the pregnancy, yet would be provided no insurance to cover the high cost of her child’s medical care, even emergency care to save a newborn infant or young child’s life.  Moreover, denying maternity care could put even healthy, wanted babies’ lives at risk, along with their mothers’ lives.

These “pro life” members of Congress, it seems, are concerned only with mandating birth, not protecting the health and lives of children after they are born.

Authors of the CHIP renewal bill have told media they intend to keep trying to push through a belated renewal measure, but the clock is ticking, with some stating preparing to dismantle their Children’s Healthcare Programs, funded primarily by the federal government, as the last of the existing funds run out.