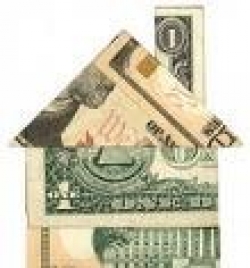 Update: The House has passed this measure, which now advances to the Senate.

April 16, 2015 (San Diego’s East County) - This week, when most of us paid our taxes due on April 15th, the Republican majority in Congress is trying to push through H.R. 1105, a bill that would repeal the estate tax for millionaires and billionaires.

The estate tax law has already been reformed so that only households with a net work of $5.4 million – the top 0.2 percent, even pay the federal estate tax. If HR 1105 passes, no one will pay it at all.

Backers claim eliminating the estate tax would spur investment in the economy, though there is no guarantee that wealthy heirs would use their inherited fortunes to start companies or hire workers.

At a time of widening income inequality between the top income earners and the vast majority of Americans, this tax break would cost our nation $270 billion in revenues over the next 10 years.

The effort to repeal the estate tax comes at the same time that the GOP Congress is seeking to cut Social Security, Medicare, and other programs that benefit poor and elderly Americans.

...the only way you believe in taxing the same money multiple times is if you are a Socialist! News flash, Socialism does not work. It has NEVER worked anywhere it has been tried yet our tired "progressive" leaders continue to tax us time and time again on the same $. The corruption in Government today is a result of them having to much money. When I die my estate has already been taxed multiple times. It does NOT need to be taxed again. It's way past time for the new American Revolution!