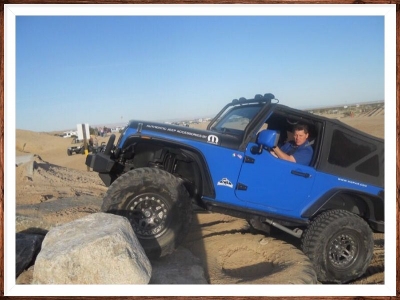 “Whenever you are confronted with an opponent. Conquer him with love.” ― Mahatma Gandhi

After Issa and DeMaio held dueling press conferences in downtown El Cajon to draw media attention to their efforts to oust indicted Congressman Duncan D. Hunter, Jones posted an open letter via the San Diego Rostra website last Friday inviting  his non-resident rivals on a tour of the district. The tour led by Jones at the wheel would include rugged backcountry terrain and a stop at a shooting range.

All three are Republicans, as is Hunter, who goes on trial in January on federal corruption charges.  But Jones, 51, has already been representing large swaths of the 50th Congressional District as a State Senator, Assemblyman, and Santee Councilman. An avid off-road enthusiast, he has championed various local causes including preserving off-road recreational areas. 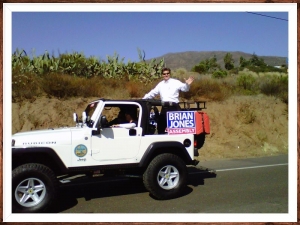 In his post titled “Carl and Darrell: How about a tour?”  complete with a photo of Jones driving over formidable boulders, he wrote:

Since both of you have officially entered the race for Congress, I wanted to offer to show you around a little bit.

How about a tour?

The communities of 50th Congressional District represent much more than just an opportunity to run for Congress! Ours are hard working, God fearing families who love the outdoors and don’t mind getting some mud on our shoes.

Let’s start with the Boulder Creek trail by Jeep.

Not only will you get great views, but I guarantee we will “get air” and have a BLAST! 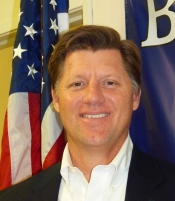 You DO NOT want to wear your good Sunday church shoes for this tour because there is a LOT of mud here in the 50th District!

We could stop by P2K Range. Have you been there?

Let me know a day and time that works for you! 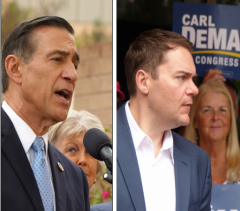 So will  Issa and Carl DeMaio bite the bullet and accept Jones’ invitation?

"I really appreciate Brian's kind offer. El Cajon Mayor Bill Wells has offered to show me around his hometown and former Navy Seal Larry Wilske has offered a horseback tour of Descanso. After I take them up on their generous offers, I'd love to take Brian up on his, as long as he'll accept my offer for me to show him around the northern third of the 50th District, which I represented for longer than the current incumbent, including Temecula, and North San Diego County."

Issa represented the 49th Congressional district before his recent retirement. Redistricting shifted a portion of Issa's former district into the 50th.

East County Magazine contacted DeMaio’s campaign multiple times during the week by e-mail and phone but did not receive a response. DeMaio, a former San Diego City Councilman, has not held any statewide or national political office.

ECM has requested to be present during any East County backcountry trips that the congressional hopefuls might take. 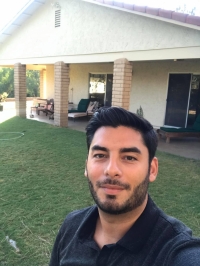 Democratic contender Ammar Campa-Najjar also got into the act of trolling “carpet baggers” DeMaio and Issa.

Campa-Najjar, a Jamul resident, posted a photo on Facebook of himself at his home, stating, “Chillin at my pad. What a novel idea, a candidate running for congress who can actually vote for himself!”