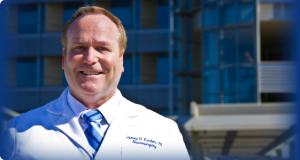 Kimber, who served 20 years on active duty service in the United States Navy, feels issues involving our veterans are being inadequately addressed. Particularly he wants to address the rising numbers of homeless veterans and epidemic of suicide amongst veterans. Mental health support and violence against women in the military are other issues Kimber says he believes we can do more for our veterans.

The candidate has 30 years of healthcare experience. He practices as a physician assistant in neurosurgery in Escondido nd is on the medical stafff at Palomar Medical Center, A press release issued by Kimber’s campaign states that he “knows there is much more to do with healthcare reform but also knows we can’t go back to millions of people without insurance or people being denied health insurance for pre-existing conditions.”

Kimber’s campaign has set up a website at:  http://www.kimberforcongress.com/