By Jeremy Los
Dec. 13, 2011- The “failed” leadership of Congressman Duncan Hunter was the topic of discussion Wednesday night at the Ramona Forum.  Candidates in both the Democratic and Republican party vying to unseat the incumbent Congressman in the newly created 50th district introduced themselves to the voting public—and took shots at Hunter’s record. 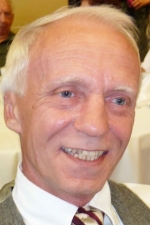 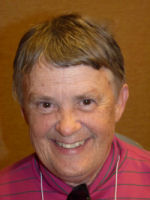 “Citizens in the new district 50 have been presented with a golden opportunity to send a message to the nation and set a new standard,” said Democratic candidate and Crest resident David Secor. “Our representative and [his] vote is not for sale.  Mr. Hunter has completely ignored his employers, the people, and has instead sold his precious vote in Congress to the highest bidder.” 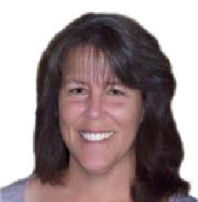 Secor, along with Tea Party Republican Terri Linnell of Ramona and fellow Democrat Connie Frankowiak of Julian fielded questions from the public during the town hall organized by Ramona Forum, addressing the pressing concerns of the roughly 35 people in attendance.
Congressman Duncan Hunter was notably absent, however he was not asked to participate in this session by the Ramona Forum, which claims he represents  “the machine” which the Ramona forum and the candidates present are trying to combat. However, according to moderator and Ramona Forum President Dave Patterson, Rep. Hunter may be asked to participate at a future event in the election.
Secor has also laid out a debate challenge to Hunter and has received a “partial verbal commitment” that he will partake in a debate. 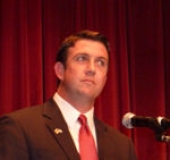 “If someone is representing the public they have an obligation to defend their record to the public and against those looking to take their job,” said Secor.
According to Patterson, the forum was not a debate between the three candidates, but rather a chance for the public to get to hear what they have to say and why they feel they would be a good fit for office – ultimately leading to greater agreement amongst the candidates, a rarity in today’s political arena.
“I am not surprised by the amount of agreement,” said Linnell. “I found that we agree on around 75% of things.”
One of the biggest issues discussed during the forum was the amount of money flooding into the political arena and the impact it has on the amount of – or lack of – meaningful legislation being passed in Congress.
Linnell believes that there needs to be less compromise in Congress and more collaboration. She believes that when we compromise we are losing our freedoms.  “The people are purple,” said Linnell.  “They are being choked.  We don’t have the freedoms that we need.”
During his opening remarks, Secor, a retired “working man” and military veteran, compared what is transpiring in Congress to Stalinist Russia, looking out for the elite, not working people. “Our Congress sounds a lot like Stalinist Russia with its cronyism and nepotism… The Congress is bought and paid for with a permanent underclass,” proclaimed Secor.
The lone appearing Republican, Linnell, emphasized the need to rid the political arena of the “crony capitalism” that is crippling our political system and creating a system that no longer represents the American people. “I will look to pass an amendment with five words”  ‘Lobbying with money is bribery,” said Linnell.
Secor pointed out that during his time in office Hunter has failed to do his part in getting the money out of politics.
“The man we sent to Washington to represent us has failed. He's a nice young man, but he has not only done nothing to stop corporate Stalinism, he's either blind or in over his head," said Secor.
Each candidate agreed that in order to really get money out of politics, publically funded elections are needed. In 2010, the Supreme Court made it legal for corporations to pump money indirectly into campaigns and did away with campaign contribution limits. “I am think it would be the best way,” says Linnell of public campaign financing. “It would give everyone a fair chance… I don’t think it is fair that since I have an ‘R’ next to my name that an ‘R’ group will not give me money because they already have their chosen candidate.”
“I think that's a very good issue: public funding. It's the lack of transparency that's worse than the amount of money,” said Secor.
The candidates also took time to discuss the Occupy movements that are sweeping through the nation.
Frankowiak, a liberal activist from Julian, hitched her campaign onto the fast moving train that is the Occupy Wall Street movement. Her opening remarks spoke to the need of Occupy movements to return America to its prior glory. “America is no longer a republic because it is no longer ruled by laws that apply to everyone,” says Frankowiak “I believe that the occupy movement is the only way that America will once again become a republic.”
Linnell, who has made frequent trips out to the Occupy San Diego movement, stated her support for the cause’s ideals.  “I have been down there urging them to stay grassroots and not to allow the operatives to have their way.” However, she does not necessarily agree with the methodology of the movement, calling it more like “civil disobedience.”
Questions regarding the nation’s large military industrial complex were met with firm opposition from all three candidates – a sharp distinction from Hunter, who is an veteran of both Iraq and Afghanistan and sits on the House Armed Services Committee, where he has opposed cuts in military spending.
“The problem with defense money is that there is a multiplier effect. If you spend a billion dollars in defense you get 8,000 jobs, if spend the same amount on infrastructure you create 24,000 jobs,” said Secor, who called companies engaged in war profiteering “traitors.”
“I feel that it (the military industrial complex and the politicians shoving it along) is destroying the country,” says Linnell. “I don’t think anyone means to be destroying our country.”
Frankowiak believes that after World War II , the United States started a policy that it was good for the county to have a strong military industrial complex, and that it doesn’t have to be that way. “We can be a peace time economy… We have done it before, it was a principal of our founding fathers,” says Frankowiak. “There is nothing wrong with changing the emphasis.”
Today’s economic climate is impacted greatly by the fact that we have been in a wartime economy for the past decade. The country is spending hundreds of millions of dollars a week in Afghanistan and while the defense budget is on the verge of receiving huge cuts as the Iraq War ends,  the U.S. defense spending still exceeds $700 billion. East County and the 50th district overall have a great deal of military personnel, military complexes, and military jobs, but also high unemployment rates.

“I think we can spend the money more wisely,” said Secor. “Look, I do not want to spend $300 million a week in Afghanistan…”
The nation’s military operations over the last decade also met with stiff disapproval from the candidates, all of whom were against the executive decisions to go to war by both President Obama and President Bush without consulting Congress first.
“One way to make sure that we don’t go to war without the approval of Congress would be to pass a bill that says anytime we go into a foreign country aggressively, the first people to be drafted would be the children and grandchildren of the people in government,” said Frankowiak.
Secor also believed that a draft would have to be implemented again to make sure that Congress is always consulted before going to war. “When they did away with the draft they made a terrible mistake,” said Secor.
All of the candidates agreed that the troops overseas need to be brought back home as soon as possible.

Wednesday night’s forum was the first of many according to Patterson, who said the next one would be in January in Julian. He does hold out hope that the group would be able to move the forums further west into Santee or Lakeside.