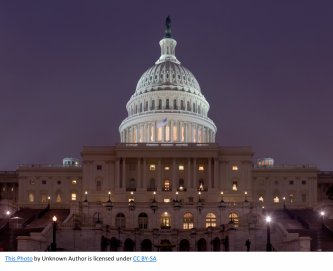 Stimulus checks:  Checks of up to $600 per person, including adults and children, were approved – significantly less than some Democrats wanted but more than Republicans initially proposed. However people earning over $99,000 will not get stimulus checks, and the size of the payment will be reduced for those who earned between $75,000 and $99,000 in 2019. Adult dependents will not be eligible for stimulus checks in this round.

Business, nonprofit and religious institutions:  The package includes over $284 billion for new and repeat forgivable Paycheck Protection Plan (PPP) loans. It expands eligibility for nonprofits and news outlets. There are also changes to help small businesses and independent restaurants, as well as $15 billion for independent movie theaters and cultural institutions. Businesses that had PPP loans forgiven previously can deduct cost on federal tax returns.

Faith-based organizations are also eligible for PPP loans In addition, the bill includes $20 billion in targeted grants as well as a tax break for corporate meal expenses pushed by the Trump administration  to help restaurants.  Some PPP funds are reserved for very small businesses and lending through community-based lenders and institutions serving minorities. In addition, the measure provides a tax credit for employers to offer paid sick leave to workers.

Rental help and eviction moratoriums:  A moratorium preventing evictions of tenants impacted by COVID-19 was extended only until January 31, though it’s likely the incoming Biden administration will push to extend this longer.  The measure also has $25 billion in emergency aid for renters.

Food and nutrition:  SNAP benefits will be increased by 15% for six months.The bill expands the Pandemic-EBT program to families with children under age 6, deeming them "enrolled" in child care and eligible for benefits. Food banks and food pantries will receive $400 million through The Emergency Food Assistance Program.The measure would also provide $175 million for nutrition services for seniors, such as Meals on Wheels, and $13 million for the Commodity Supplemental Food Program, which serves seniors.

Postal service:  The measure also forgives a loan to the U.S. Postal Service.

WHAT’S NOT IN THE BILL:

State and local government aid:  Republicans refused to approve any money to state and local governments strapped by budget shortfalls, a provision Democrats had pushed to include but which was scrapped to get the compromise measure passed. However  the bill does extend the deadline until year’s end for states and cities to spend any unspent Cares Act funds before the money has to be returned to the federal treasury.

Liability protections for companies: Democrats objected to Republicans’ effort to shield employers from liability if outbreaks of COVID-19 sicken workers, noting that broad liability would have protected even employers failing to following public health rules.  The liability shield was scrapped after weeks of haggling, in order to get the compromise measure passed.

I am grateful for Speaker Pelosi and Leader Schumer’s work to negotiate a deal that includes support for small businesses, rental assistance, expanded unemployment insurance benefits, child care assistance, and more. I am particularly heartened to see a strengthening of the Low Income Housing, Earned Income, and Child Tax Credits — all of which will be hugely important for families in California’s 53rd District and across the country.

However, I am gravely disappointed that, after eight months without providing American families relief, the deal will only include $600 per person in direct cash assistance. $600 is simply not enough for American families who are struggling. I am also disappointed that Republican leadership blocked much-needed funding to state and local governments that would support our essential workers and prevent service cuts.

I look forward to working with my colleagues in the 117th Congress and the Biden-Harris Administration to advance another COVID relief package that prioritizes support for those who need it most.

Congressman-elect Darrell Issa (R-Vista) has not yet issued a media statement or comments on social media regarding the COVID-19 relief deal.

The first CARES act was 2.2 trillion, with $1200 checks. May's unpassed Heroes act was to be 3 trillion. While 900 billion is not nothing, the $600 dollar checks are literally only going to go one half as far at a time when the country is in worse shape. Yes, thankfully they got the 'three martini lunch' tax deduction passed! Because so many of our small businesses are going to need three or more martinis to cry in. Let's be honest, this is just a trifle, maybe enough to buy people a bit of cake to eat, but not enough to pay the rent. What a dreary one yard run for a fourth and nine at midfield. Not even on time for a few Christmas presents for the kids. The country is in trouble and this is all Washington can do?

Sad that the fate of millions of Americas hinges on that.  Every Senator should be willing to provide aid to businesses and individuals struggling until the vaccine is widely avaliable, only a few more months.  Cut non-essentials like the space program sucking up billions, or stall building the wall for a year at least.