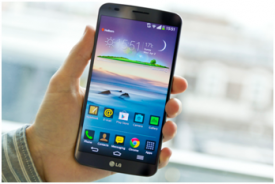 By contast,  Rep. Duncan Hunter, who also has a town hall this weekend in Ramona, will allow videotaping by constituents, ECM has confirmed. Both Issa and Hunter are Republicans.

A notice for Saturday’s two  town hall meetings for  Issa (both at the Junior Seau recreation center owned by the city of Oceanside) states:  “Video cameras are prohibited unless you are a credentialed member of the press who has RSVPed in advance to our communications team.”

Francke says this ac violate the First Amendment of the U.S. Constitution including  freedom of speechand the right to petition your election officials.  It also violates the California constitution, he added.

A call to Issa’s office has not been returned.

Francke said a court injunction could be sought to force members to allow videotaping prior to the occurrence of an event, though a challenge could be filed afterwards if someone can show harm.

Congressman Duncan Hunter also has a town hall meeting scheduled for this Saturday at 10 a.m. at the Ramona Main Stage.  Hunter spokesman Mike Harrison said the public will be allowed to take videos .  “We understand that there will be live streaming,” he added.  If there is an overflow crowd at the venue, which seats only 300 to 325, others can watch online.

People both inside and outside the venue can submit written questions on cards that will be pulled randomly out of a bucket by Rep. Hunter.  Those whose questions don't get pulled can receive written responses as long as they live in the district, Harrison said. He added that it's not yet been determined whether a mike may also be used, but cited concerns by the fire department over long lines in aisles as a limitation.

Recently some activists from the group Indivisible had complained that they were banned from meetings with staff at Hunter's El Cajon office over among other objections,  taking cell phone videos.  Harrison told ECM the office bans videos only in the lobby, to protect privacy of other constituents there, but that videos are allowed in meeting rooms with staff members.

After growing crowds of protesters caused disruption to other tenants in the building, according to Harrison, Hunter’s office cancelled future meetings with Indivisible members at the office but did schedule the town hall in Ramona.

Harrison said the Main Stage venue was chosen for Saturday's town hall because it was the largest in Ramona, not because it is owned bya Tea Party member. Admission will be first-come, first serve, with activists on both sides indicating they plan to arrive very early.

He added that the office is looking for larger venues and hopes to hold additional town halls in the future.

“Congressman Hunter is looking forward to this event,” Harrison said of Saturday’ s town hall.  “We think it’s going to be a great event.”

Freedom of the press or freedom of the media is the freedom of communication and expression through mediums including various electronic media and published materials. Whenever such freedom mostly implies the absence of interference from an overreaching state, its preservation may be sought through constitutional or other legal protections.
The First amendment.
A public figure should have the ability to take attacks on his or her appearance, beliefs, etc. It comes with the job. A town hall is in a public place. I hope that he can learn something from this.