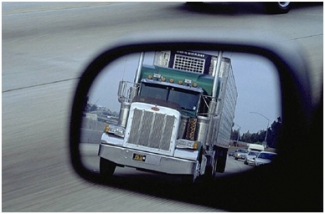 May 22, 2011- Rep. Duncan Hunter (R-Alpine) is leading a bi-partisan push to end a cross-border trucking program that would allow Mexican trucks to use U.S. roadways. Hunter and Illinois Democrat Daniel Lipinski sent a letter to Secretary of Transportation Ray LaHood protesting the agreement between the U.S. and Mexico. The letter has rare bipartisan agreement, signed by 42 lawmakers from both sides of the aisle including Rep. Bob Filner (D-San Diego).

The lawmakers claim that the program will tarnish border security as well as hurt the American economy and cost jobs. In addition, concerns have been raised over highway safety.

"Despite assurances from the Department of Transportation, I am not convinced that appropriate checks are in place to ensure the safety of Mexican trucks that are coming across the border," said Congressman Bob Filner back in April. 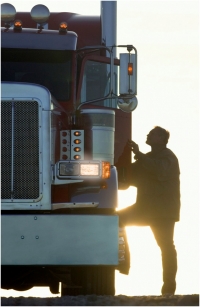 According to Rep. Hunter, American taxpayers will pay for the electronic on-board recorders that will be required on Mexican trucks. American truck drivers on the other hand will have to pay for theirs out of pocket.

“Inviting trucks from Mexico to freely transport goods throughout the U.S. provides drug traffickers with another potential avenue to exploit at a time when crime and violence in Mexico are on the rise,” stated Lipinski. “The fact that the agreement would also require taxpayers to subsidize required equipment for Mexican truckers that American truck operators would have to pay for themselves is yet another reason that it should be rejected.”

A cross-border trucking program is not a new idea; this program reincarnates a program established by former President George W. Bush’s administration. The program, which was established by NAFTA over a decade ago, faced numerous challenges from Congress as well as hearty public opposition. In 2007, votes for safety restrictions on the Cross Border Demonstration Program were taken and in 2009 the pilot program was terminated.

“Without appropriate checks, Mexican trucks will continue to pose a safety hazard to the traveling public and should not be allowed on our roads,” wrote Filner in a letter calling for hearings on the issue in the House Transportation and Infrastructure Committee in February.

The biggest concern about the implementation of the cross-border trucking program will undoubtedly be the smuggling of drugs into the United States. 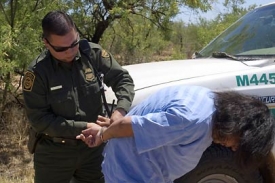 On May 19, U.S. Customs and Border Protection found one and a half tons of marijuana hidden in tractor-trailer amongst a shipment of lettuce during an attempted narcotic smuggling at the Otay Mesa cargo facility. In total, CBP officers found 136 packages of marijuana, weighing about 3025 pounds.

This bust comes on the heels of CBP finding an estimated five tons of marijuana in three different shipments of produce and landscaping materials over a two-day period, in April. Three legal commercial tractor-trailer rigs were caught at border crossings in Otay Mesa and Tecate attempting to smuggle in the narcotics.

According to U.S. Customs and Border Protection, 4,890 of the estimated five tons came in at Tecate in a load of 16 pallets of landscaping pebbles on April 6. On the same day, a load of yellow peppers was discovered at the Otay Port of Entry containing 304 pounds of marijuana. The following day, also in Otay Mesa, a tractor-trailer was discovered to contain 348 packages of marijuana, weighing in at 4,239.

“There is going to be nothing new, if the proposed program goes through,” says Angelica De Cima, Chief CBPO/Public Affairs Liaison of U.S. Customs and Border Protection. “We check and will continue to check all the trucks that cross the border.”

When asked if the cross-border trucking program will increase the amount of drugs being smuggled across the border De Cima said, “We are constantly evaluating intelligence and trends, and the volume continues to be consistent… CBP maintains a comprehensive strategy to manage this risk, to identify high-risk shipments and interdict illicit contraband.”

National union representatives have come out opposing the program because of the fear that it could negatively impact American families.

“I urge Transportation Secretary Ray LaHood to listen to his conscience and to the vast majority of Americans, not to corporate interests that have no loyalty to the United States,” said Teamsters General President Jim Hoffa. “He should show that the democratic process works by pulling the plug on this program.”

Hoffa added, “The program fails to adequately protect our members, their families and the traveling public from the potential danger of unsafe Mexican trucks and drivers, who do not meet or will not adhere to all U.S. safety standards.”

Not everyone is opposed to the proposed opening of U.S. roadways to foreign truckers. When the updated program was announced, it found support in the American Trucking Association.

“Though a long time has gone by since the cancellation of the NAFTA trucking demonstration project, and many millions have been lost in business opportunities for U.S. exporters, the announcement by Secretary LaHood is a positive development in resolving this costly trade dispute with Mexico.” said ATA’s President and CEO, Bill Graves.

President Obama cancelled the program after concerns over the safety records of Mexican drivers and carriers as well as their lack of English, but the move was viewed as anti-free trade and protectionist by both U.S. and Mexican companies, Americas Quarterly reported on January 6, 2011.

"Soon after the President cancelled the program, Mexico denounced the move citing its violation of the North American Free Trade Agreement (NAFTA), which called for creating a cross-border trucking program by 2000," Americas Quarterly reported. "In response, Mexico imposed tariffs on products ranging from pork to chewing gum and pistachios. Once an agreement is reached, these retaliatory tariffs would be lifted."

The revamped proposal seeks to renew negotiations with Mexico while also addressing key concerns that led to the cancellation of the program. According to Americas Quarterly, new proposals include vetting carriers and drivers through the Department of Homeland Security and the Department of Justice. Additionally, Mexican truck drivers and their carriers must pass a Pre-Authority Safety Audit (PASA) that includes a review of the carrier’s safety record and driver’s record, compliance with EPA emissions standards and a review of the carrier’s accidents, convictions and inspections in Mexico.

Mexican drivers would also have to pass an English Language Proficiency exam and a U.S. Traffic Laws exam (conducted in English) as well as submit evidence of financial responsibility (insurance) to the Federal Motor Carrier Safety Administration.