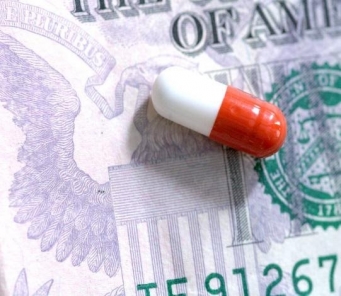 By Miriam Raftery
Photo: Creative Commons by ND via Bing
May 21, 2021 (Washington D.C.) -- Congressman Darrell Issa (R-San Diego), the ranking Republican Member of the Judiciary Subcommittee on Courts, Intellectual Property and the Internet, announced last week with his Democratic counterpart, Subcommittee Chairman Hank Johnson (GA), the introduction of the Affordable Prescriptions for Patients Through Improvements to Patent Litigation Act, amending the Biologics Price Competition and Innovation Act of 2009 (BPCIA).
Issa released the following statement: “This legislation is a historic reform to our patent system that will reduce drug costs, unleash medical innovation and enhance patient access to the treatments they need and deserve. I look forward to working with Chairman Johnson and my Senate colleagues to advance this patient-centered proposal.”
A Senate companion bill containing this legislative text was introduced by Senators Richard Blumenthal (CT) and John Cornyn (TX).
In a statement released by his office, Chairman Johnson said the bill would “lower prescription drug prices by streamlining and making it more cost effective for generic drug makers to get their products to consumers” by “promoting the development of biosimilars—generic alternatives to brand-name biologics.”
Some pharmaceutical manufacturers have utilized the patent system to extend patents beyond their original intent, which has served to block generic and biosimilar manufacturers from entering the market. By reforming the patent process in this manner, anti-competitive behaviors will be reined in and biosimilar drugs will be more readily available.
Darrell Issa is the Representative of California’s 50th Congressional District, an entrepreneur, and a former patent holder.
A similar measure, H.R. 3991, was introduced in 2019 by Johnson.  At that time, House Judiciary Chairman Jerrold Nadler (D-NY) remarked, “This legislation concerns consumer alternatives to brand-name biologics, which are complex, large-molecule drugs, such as genetically modified proteins that have to be grown and extracted from cell cultures. Biologics are expensive to develop and bring to market, and these dynamics are reflected in their high costs and spending totals.”
In 2018, spending on biologics surpassed $125 billion in the United States and costs for some biologics can reach hundreds of thousands of dollars per patient, per year, Nadler noted, adding, "In 2010, the Biologics Price Competition and Innovation Act established an important mechanism for getting biosimilars to the market. However, that process is not working as effectively as it could be to streamline the patent litigation process and get biosimilars on the market more quickly, part of which is hampered by what is known as 'patent thicketing.'"
"Patent thicketing" is when a manufacturer prolongs its exclusive rights to market a drug by filing numerous patent claims to fend off biosimilars attempting to enter the market. For example, years after a brand-name biologic’s release, the manufacturer may file claims to the subject biologic that do not incorporate significant changes or claims to a method of manufacturing that the manufacturer does not itself use. These claims tie up biosimilars in litigation and keep them off the market.
Nadler concluded, "H.R. 3991 takes an important step toward addressing these tactics and ultimately, lowering drug prices for this particularly costly class of drugs. The legislation limits the number of patents that the brand-name manufacturer can assert in litigation, which forces the manufacturer to focus on its key patents and streamline the litigation process. "When biosimilars can get to the market quickly, consumers get to see those savings faster.”